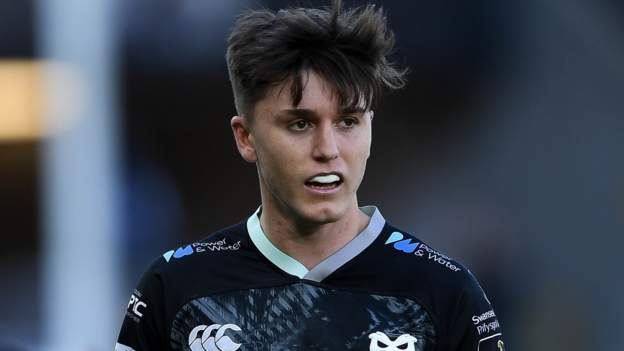 Ospreys flyhalf Josh Thomas has been signed to a two-year contract by Newcastle, a Premiership club.

The 21 year-old can also play full-back and has appeared in 23 matches for Swansea.

The Falcons are looking to sign the ex-international from Wales, Wales Under-20, before next season.

Thomas stated, “Moving to Newcastle was an exciting opportunity which i couldn't really refuse – it's something I look forward to.” said.

“The Premiership has many positive aspects, and I want the opportunity to play in it.

“I love to challenge defenses and take the ball to them, and have a crack at putting players in space.

“I like to think that I have an eye on a gap so when it's turned on, it's on. I enjoy having a go and that's my approach to it.

Ospreys currently sit ninth in the United Rugby Championship. They have scored 44 points in 17 matches.

Newcastle are 11th place in the Premiership with 33 Points and 2 Games remaining.