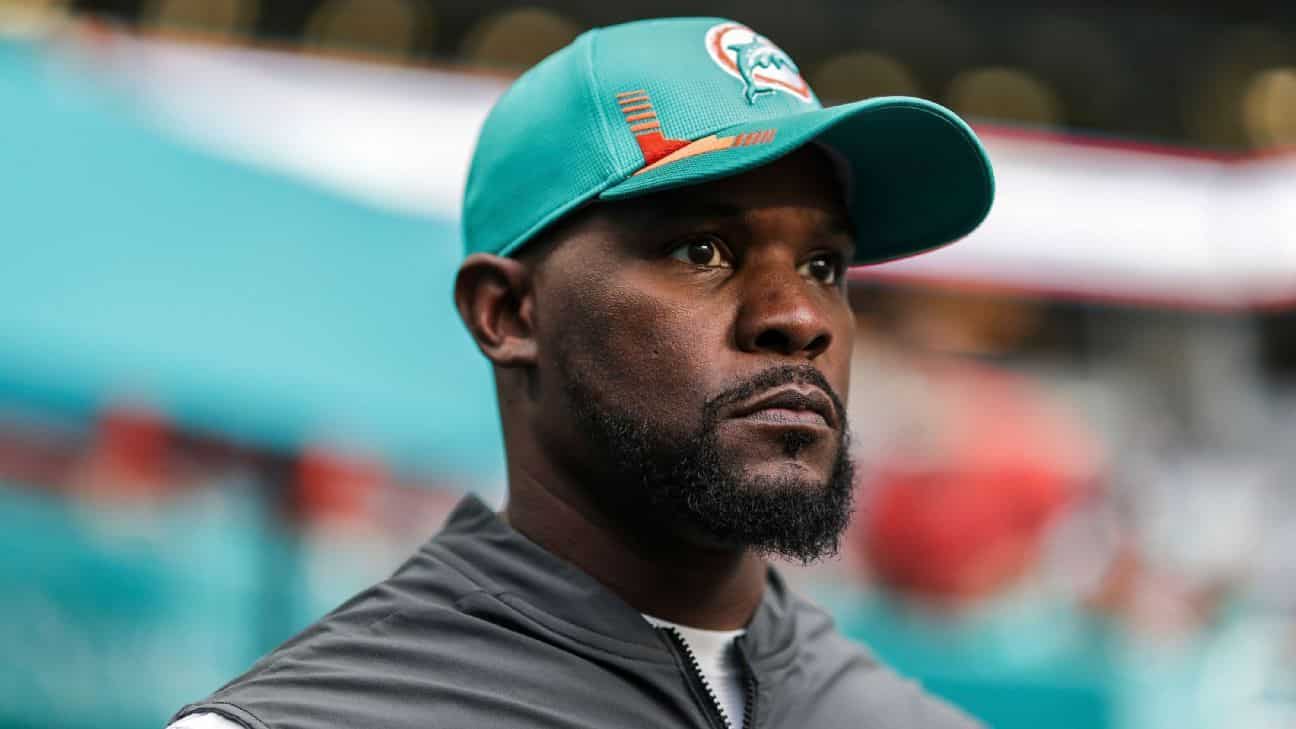 The NFL indicated in a court filing that it intends to file a motion for former owners Miami DolphinsBrian Flores, the head coach of the league, sued several of its teams, alleging racial disparagement into arbitration.

Flores' attorneys opposed the NFL's plan and said it would not allow for transparency.

“We've said right from the beginning that if the NFL wants change, the first step must be to allow transparency,” stated Douglas H. Wigdor (Wigdor LLP) and John Elefterakis (EEP Law) in a statement. “The NFL's attempt at forcing these claims into arbitration is a clear sign of their desire to avoid public accountability and ensure these claims are litigated behind closed door in a forum that favors our clients.”

“We will fight the request in court, but Mr. Goodell could have done the right thing and disclaimed arbitration altogether, allowing this case before a jury representing a cross section of the community, just as those who watch football.”

The standard NFL contracts require that disputes be resolved in private arbitration rather than the judicial system. In this case, the Dolphins, one defendant, requested the NFL to move the case into arbitration.

Flores' lawyers want the case to be left in the courts for a jury trial. The case would then move to discovery, and each side could view any relevant documents.

Two more coaches, former Arizona CardinalsSteve Wilks, head coach, and Ray Horton (ex-defensive coordinator), joined Flores in the lawsuit. They amended the original complaint to add their own claims of discrimination in the hiring and firing of Cardinals players. Tennessee Titans.