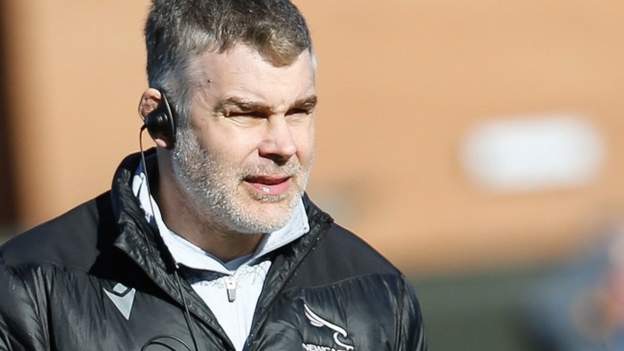 The Worcester Warriors have appointed Nick Easter, former England number 8 as their forwards and defense coach.

The transfer of the 43-year-old from Newcastle Falcons will be to Sixways in time for the 2022-23 seasons.

He will now combine the current defense role held by Jonny, with forwards duties that were previously managed by Jonathan Thomas, who resigned in January.

Steve Diamond, Warriors' chief rugby consultant, stated that Nick “will be a huge asset to our management team.”

He has a lot of playing experience and has been a coach at Harlequins Sharks and Newcastle.

“He is ambitious and his forthright attitude will complement our coaching staff.”

Easter was awarded 54 caps in his playing career. He also represented England at three World Cups.

After two seasons in similar roles with Sharks and Harlequins, he was appointed as Newcastle's defence coach in 2020.

“I have always respected and appreciated what Dimes did in the game, especially at Sale and how he built that club up several times,” he stated.

He can manage the potential of individuals and groups of players to get the best results. He knows how to win rugby games, especially in the Premiership.

“It's a fresh beginning under Dimes and an excellent opportunity. It's a club with a lot of investment and ambitious owners that deserves to be recognized.