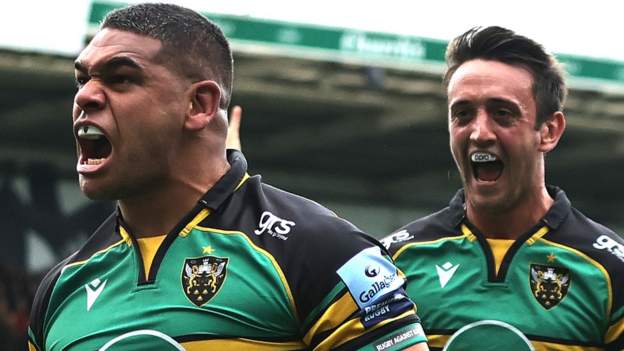 The Kiwi also hopes to see English players given “oxygen to breathe” in the future.

He stated, “I believe the game needs more people who are willing to take greater risks in order to thrive and grow.”

“In New Zealand, the mindset is, if we get in a hole we have to play more, and we've also got to take some more risks.”

Boyd believes that the Premiership's centres are a sign of a conservative mindset.

“Most good UK midfielders are good defensive players, but they aren’t good attacking ones,” he said.

“I feel there is a real shortage of midfield backs who have any touch or feel and can actually play the game.

“There are some talented midfielders, they just need oxygen to play.”

Boyd is yet to win a trophy, but he has helped to develop many young English players and led a Saints team dedicated to playing attractive rugby.

Boyd will be retiring at the close of the campaign. Former England forward Phil Dowson is now the director of rugby.

Boyd said, “It's all come together nicely at end because we had a bit success and we made the play-offs which is something we are very proud of,”

“But I am more happy with hopefully some rocks left behind, that'll provide a foundation and a greater springboard, both inside the coaching area, as well as in the playing area.

“We are blessed with a talented group of people who work in our academy development area. They have a very ‘jouer” philosophy about the development of young people in the club.

“I think that if we can keep it together over the next 2 or 3 years, we will see some fruit grow off the tree.”