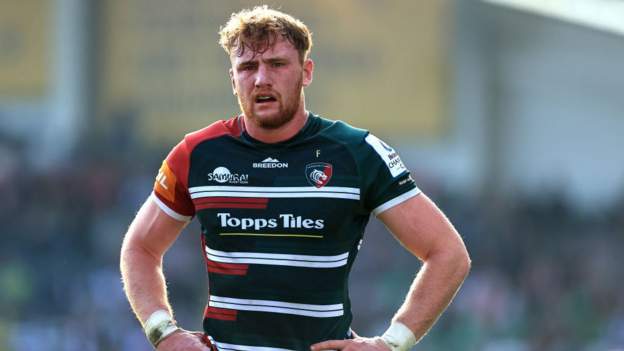 Ollie Chessum, Leicester Tigers forward says it's an “exciting prospect” that club's younger players can improve as they prepare for their Champions Cup quarterfinal against Leinster.

Chessum is part a young team that has won a semi-final in the home Premiership and a strong run in the European competition.

The 21-year old said that his team-mates are eager to learn and improve.

You only need to see the Six Nations this calendar year. Nic Dolly, Joe Heyes, myself and Freddie were there. Many young boys here still have so much potential. So much more to develop.

It's scary for others. We're here for the learning. We are here to learn every day. I am still far from being the perfect person. There is so much more to learn at 21. It's an exciting prospect.

The season has been good for the Tigers, but Chessum also achieved some personal goals. Second rower, who can also play back row, was awarded his first cap for England against Italy at the 2022 Six Nations.

He said, “I played eight times last year for Tigers, and now I've played about 25 games,”

“The personal milestone was to play more first-team matches. I didn't think about international stuff. This was quite shocking for me because it was all around me. For me, it's been an enjoyable season. However, we (Leicester), still haven’t won anything. That's the next stage.