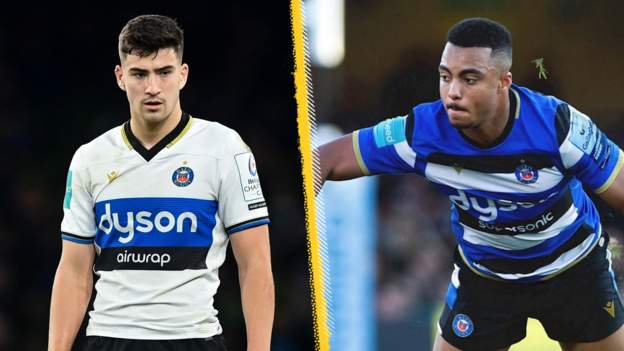 To stay with the club, Orlando Bailey and Max Ojomoh from Bath have signed two-year extensions to their contracts.

Both backline players made it through the club's academy pathway.

Bailey, 20 years old, made his Premiership debut in 2020. He has since been a regular starter in the Premiership with 13 appearances in all competitions and scored 82 points.

Centre Ojomoh (21 years old) was given his first league start last season and has been featured 17 times this season.

Stuart Hooper (Bath director of Rugby) said, “To have two young and talented pathway players commit to their future with the club is extremely important.”

“Orlando & Max were both given the opportunity to do this over the past year, and they have taken it with both arms. Their dedication and work ethic have been outstanding, and their determination to be selected every week has been admirable.

With bottom-of-the-Premiership Bath ravaged by injuries this season, young players such as Bailey and Ojomoh have been among those heavily relied on and given the chance to show their credentials.

Bailey stated, “I have learned so much in my first 18 month here and look forward growing as a player and person in the seasons that follow.”

Ojomoh is the son former England flanker Steve Ojomoh who played for Bath in the 1990s.

After receiving four caps at the under-20 level for England, he was 14 when he entered Bath's academy. called up to the preliminary senior squadJones for the July Test matches against Canada & USA.

Ojomoh showed his versatility in the absence other players by twice starting at fly half for Bath, also in the victory over Harlequins in February.

Ojomoh stated that it was easy to extend my stay at the club because of the high quality of staff and players.

“I believe that we are moving towards a bright future with the recent changes made to the club. I am excited to be part of it.”