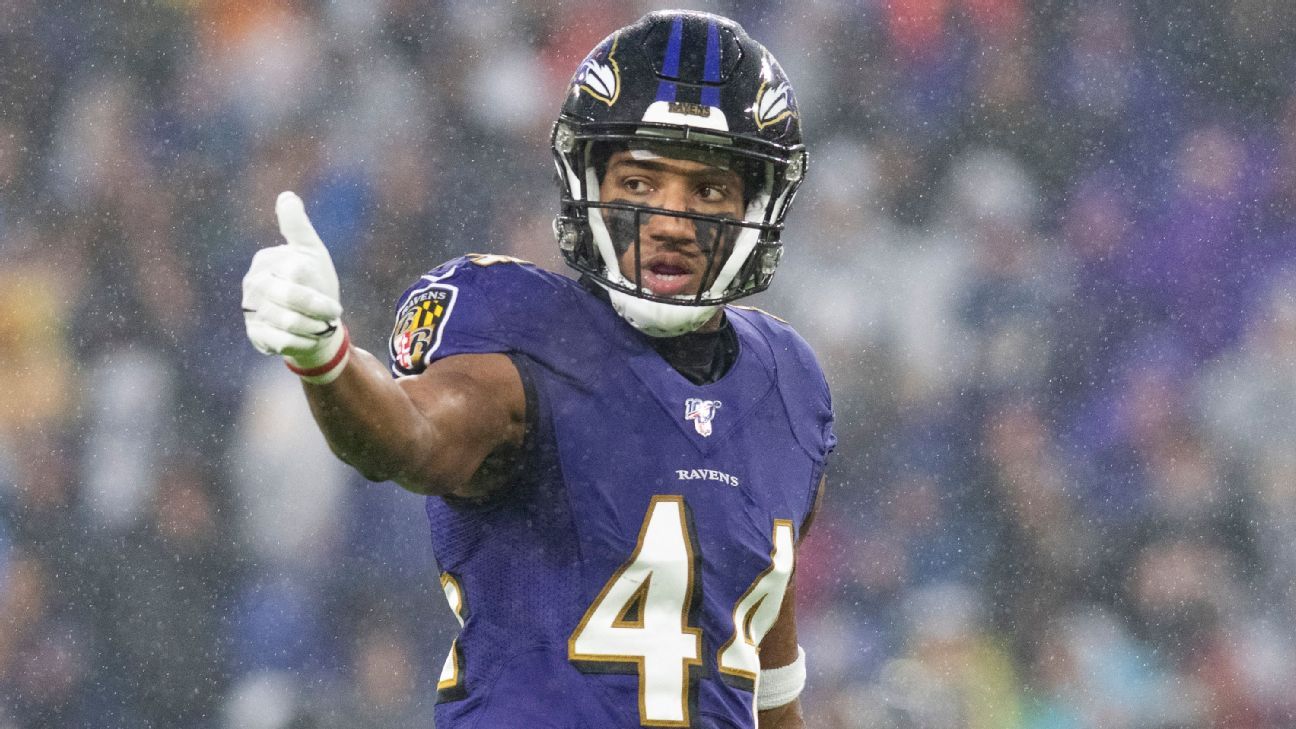 “I don’t expect us to ever be in that position, so that’s just foreign to me,” DeCosta said.

DeCosta is right. Baltimore has the No. 1 pick in the first round, so selecting in this portion of the draft has been a foreign territory. 14 overall pick in this year’s draft (Round 1 is Thursday on ESPN, ABC and ESPN App.). In the last 20 years, the Ravens selected 16th or better four times. Only the New England PatriotsThree have had fewer picks during the first half of the round.

Baltimore is unique in that it makes the most of its rare opportunities to draft at this premier draft location. Although their most recent draft class has not been up to par, the Ravens have a flawless track record of selecting 16th or better since 2002 and landing first-team All Pros every time. Outside linebacker Terrell Suggs(2003), offensive tackle Haloti Naga (2006), defensive tackle Ronnie Stanley(2016) cornerback Marlon Humphrey (2017).

The only two other teams that come close to Baltimore’s success rate are the Patriots and the Indianapolis Colts. The Patriots hit on first-team All-Pro selections on two of their picks in the top half of the first round (linebacker Jerrod Mayo and defensive tackle Ty Warren), but it’s tough to project quarterback Mac JonesAfter one season.

The Colts have landed Hall of Fame pass-rusher Dwight Freeney and quarterback Andrew Luck, who are both Hall of Fame stars. Quenton NelsonThey missed safety, however Malik HookerHis career was defined by injuries.

Baltimore wants to extend DeCosta's run in a draft where DeCosta could be taken in many different directions. Will the Ravens trade up to acquire Oregon's pass rusher? Kayvon ThibodeauxLSU cornerback Derek Stingley Jr.? They should not stay at No. 14 and address them with Georgia defensive tackle Jordan DavisNorthern Iowa offensive tackle Trevor Penning? Do they fulfill a major need for Washington cornerbacks? Trent McDuffieFlorida State edge rusher Jermaine Johnson II?

Daniel Jeremiah, an NFL Network analyst believes that the Ravens will be taking Davis.

“I just can't see them passing on him if he were to get there,” said Jeremiah, a former Ravens scout, “because just they collect these guys, these big, big, physical line of scrimmage players on the offensive and defensive line, the rare ones, especially it's easy to sell SEC guys in that room. It would make sense to me.

If history tells the Ravens anything, it’s that selecting in the top half of the first round often comes with drama.

2003 was a year when the Ravens were ready to make a trade to the Minnesota Vikings’ No. 7 spot and pick quarterback Byron Leftwich. However, they got a busy signal while trying to inform the league headquarters of their deal. Baltimore eventually selected Suggs, who became the franchise’s all-time sacks leader.

Ngata believed he would join the Browns in 2006 because he was calling Cleveland when he saw the No. 12th overall selection. The Ravens made a rare intradivision trade to move up one spot to get Ngata (a five-time Pro Bowl defensive lineman).

The Ravens attempted to trade two spots in 2016 to acquire cornerback Jalen RamseyAt No. 4, and offered the Dallas CowboysTheir No. 6, and a fourth rounder. Baltimore chose Stanley instead after Dallas requested a third-rounder. Stanley was a first-team All Pro in 2019, but an ankle injury prevented him from playing the past two seasons.

Baltimore attempted to jump from No. 16 to No. 11 to draft cornerback Marshon Lattimore. But the New Orleans SaintsBaltimore was turned down in order to pick Lattimore, which allowed the Ravens to choose Humphrey, a two time Pro Bowl cornerback.

The Ravens have drafted 25th in each of the four subsequent drafts. Baltimore is back in top half of first round this year. This team has a knack to find difference-makers.

“When we’re picking 14, we don’t want the 14th best player [on your draft board],” Ravens director of player personnel Joe Hortiz said. “The pressure is on you to hope that one of your top seven falls to you.”