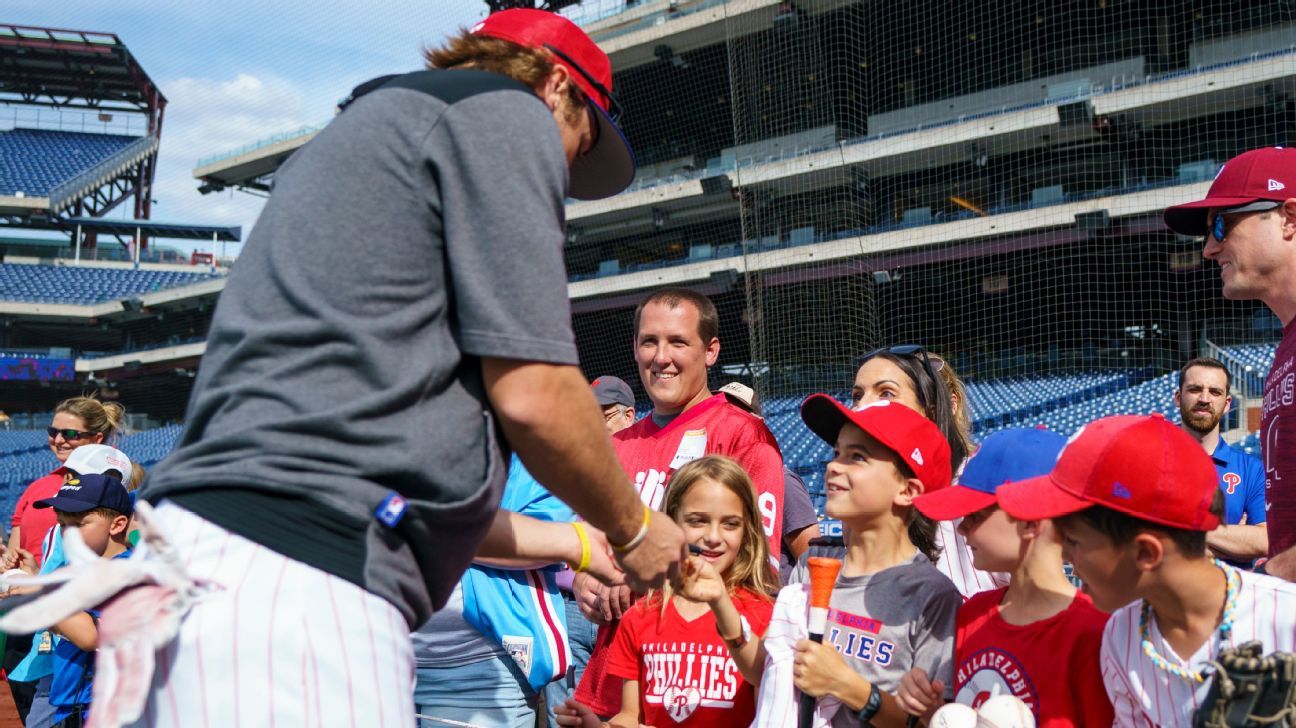 PHILADELPHIA Bryson StottIt's possible that's Phillies game-winning homerun this week was a result of a prayer.

The 8 year old Phillies fan, captured with his hands held together and his Phillies rally cap turned inside-out before Stott hit his three runs homer Sunday. He couldn't believe that his silent plea was being answered.

Caden Marge stated, “I wanted him hit a homerun.”

As he rooted against Angels, Marge's prayers to Stott were fitting.

Marge stated, “I want the Phillies sign stuff.” “The whole team. “And we're going make them sign my hat!”

What about a bat? Stott was a 24-year old rookie shortstop who signed one of his bats “To Caden.” Thanks for your help! Go Phils!

Joe Marge, his family from West Chester, Pennsylvania attended the Phillies' first game of the season Sunday in section203. There, they were able to catch Caden praying and in tears as he pleaded for Stott not to give up. After the game, Stott won it. Bryce Harper It was tied in the eighth with a grand-slam and the Phillies won 9-7.

“That's just him being himself. Joe Marge stated that he lives and dies with each pitch, every score, and any team.

Stott noticed the child's surprise reaction and he was immediately contacted by Philadelphia.

Stott first tweeted, “The kid standing in the stands is unbelievable !!!”,” after watching the clip of the homerun. Joe Marge saw the tweet, and reached out with his power and prayer to the young slugger. Stott tweeted: “Awesome!” Send me a message to see if I can arrange for you guys to meet up during BP.

They all met up for Friday.

The Marge family already had tickets. Caden is a Little League player and the Diamondbacks are their big league team. However, the Phillies invited everyone to view from section 115, which is just below the first base line.

Harper was Caden’s favorite player before the big swing. Now it's a tie between Harper and Stott.

The Marge family could not believe their luck.

The Phillies also won seven consecutive games, thanks to a dinger & a prayer.