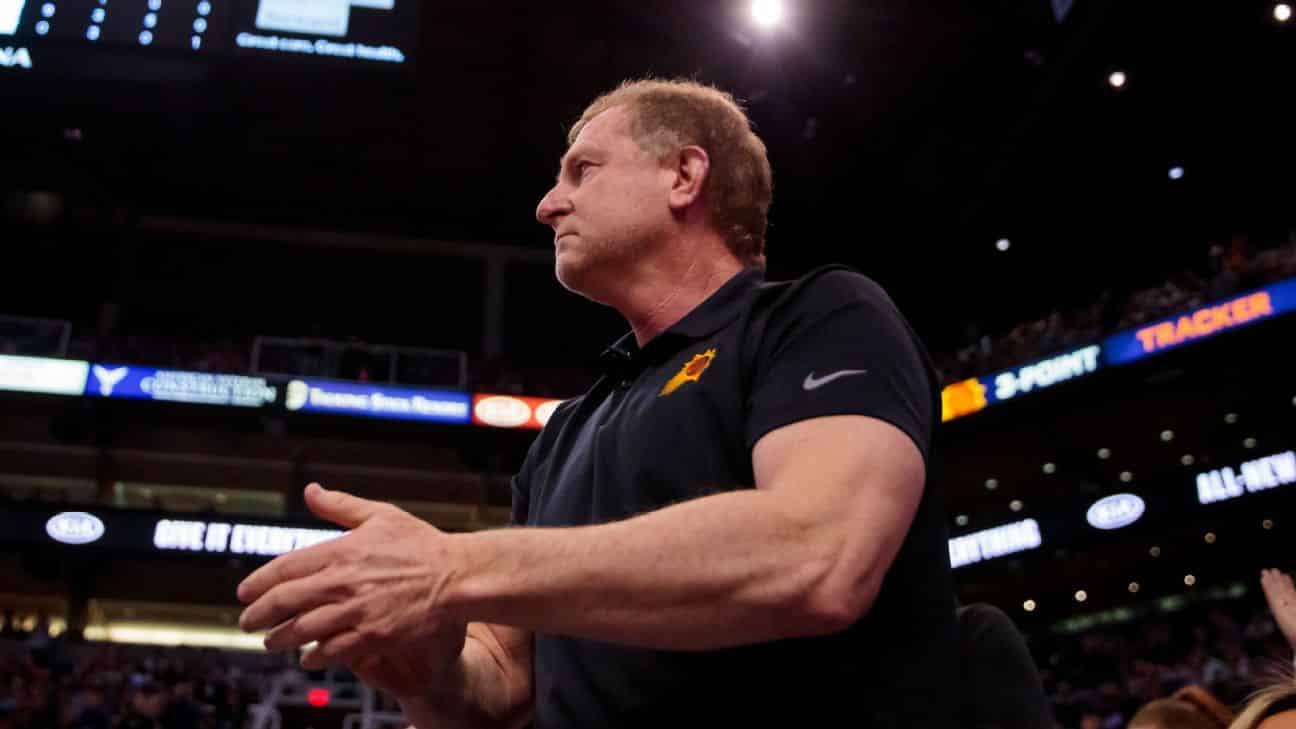 Phoenix SunsRobert Sarver, majority owner of Western Alliance Bancorporation, will be retiring in June as the executive chairman. This marks the end to a nearly $56 billion asset company's two-decade-long tenure.

Sarver's announcement comes amid an NBA investigation into the Suns. The league was founded in November 2021 following a ESPN story that detailed allegations of racism in a hostile workplace. ESPN reported that Sarver denies the allegations.

Sarver, who has been the executive chairman of Western Alliance Bancorporation since 2018, has also held a position on the board. This seat will be his last in June.

Sarver, who also served the company as CEO from 2002-2018, said that it was an honor to be the executive chairman of Western Alliance Bancorporation. “I want to extend my sincere gratitude to our employees, whose dedication and hard work has enabled us to achieve so much over my 20-year tenure at the company. The company is well-positioned to continue growth and success, so it's time for me start a new chapter. I will cherish the memories and friendships I made at Western Alliance and I will never forget them. I have every confidence in our executive team, and the management of our experienced and competent board as we move forward.”

Kenneth Vecchione is the CEO and President of Western Alliance Bancorporation. He stated that Robert's vision, leadership, and efforts made Western Alliance a remarkable success. Robert was honest and transparent and led the company in integrity as both a colleague as well as friend.

In January, as the trade publication American Banker first reported, Vecchione told investors on an earnings call that independent directors on the company's board had hired an independent outside law firm, Munger, Toller & Olsen, to help conduct their own investigation to “to evaluate Robert's continued leadership role at the company,” Vecchione said on the call.

Vecchione stated that “The investigation is being directed by and overseen by independent directors” and added, “The investigation is not the outcome of any allegations regarding the company discovered either by the Board nor the NBA.” “In addition, Western Alliance continues to support the NBA in its ongoing investigation, as requested.”

Ebrahim Poonawala (an analyst at Bank of America Securities) asked Vecchione on the January call about the timeline for the conclusion of the investigation.

Vecchione said, “This is being handled and managed by the independent directors” “And I'm unable to comment on the scope and duration of the investigation. Sorry.”

Western Alliance Bancorporation failed to address the NBA's investigation or give any reason for Sarver's new role.

Western Alliance Bancorporation spokesperson refused to comment beyond the statement regarding the timing and reasons for the announcement.

Western Alliance Bancorporation announced that Steve Hilton, who was most recently its director, would be also stepping down in June.

Hilton, who is a minority Suns Owner, has been a part of Western Alliance Bancorporation, just like Sarver, since 2002.

Sarver's company announcement came one week after the NBA's board meeting concluded in New York City. League sources claim that Sarver was there.

Adam Silver, NBA commissioner, said to reporters that the investigation into the NBA's meeting with the board of governors is ongoing.

Silver stated that these types of investigations can take a long time. “You want all facts to be gathered and to protect the rights of the accused. We want to be very thorough. We are definitely closer to the end than we were at the beginning. It's difficult to give a timeline right now.

Wachtell Lipton, a New York law firm, has led the investigation into the NBA.

The Suns are the top-seeded team, having finished the regular season with a franchise record and a NBA-best 64-18 mark. They will begin their postseason run in Phoenix this Sunday against either the Suns or the Heat. New Orleans PelicansOder the LA Clippers.