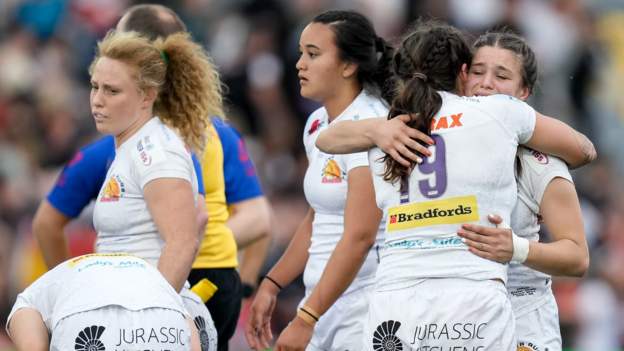 Susie Appleby, Exeter boss says she felt the pressure from the Premier 15s final and lost to Saracens.

Appleby stated, “They're used the finals, they're use to big days rugby, big moments in games – we were making choices that I didn’t even recognize.”

“But that is the pressure that was placed upon us,” she said to BBC Radio Devon.

“We tried to force ourselves on them but they won the battle and they took it upon themselves.

“Finals are not very common, so you have to be on the right side next time.”

They were unable to catch up to Saracens, who had a six-to-three advantage over Exeter.

Appleby said, “We're in the second season, and it's an invaluable experience that we've gotten this season.”

“Next season, we'll go again. We'll get even better. We'll have different players but the same players. We'll grow.”