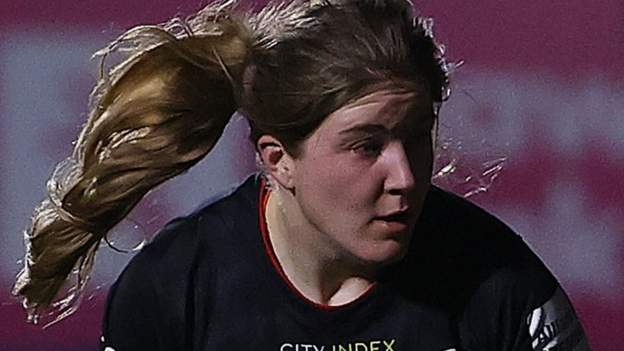 Sarries gained the league lead after their win at Loughborough, 27-12.

Gloucester beat Sale 17-3 in order to maintain pressure on the top 4.

Loughborough's Lark Davis and Holly Aitchison, Saracens, exchanged tries before the half-time break. Cleall was then given a yellow to allow him to score another try and secure victory.

Zoe Harrison was the fly-half, returning from coronavirus. Simon Middleton, England's head coach, watched Harrison battle it out with 10 Rowland.

Bristol, which had previously won at Sharks to take the top spot in the most competitive Premier 15s season of all time, was able to keep pace with this year's fierce competition.

Rownita Marston also scored for the visitors. Jasmine Hazell was the Sharks' only score.

Third-placed Exeter will face Harlequins on Sunday. They are currently fourth. Match will take place at live on the BBC Sport website.