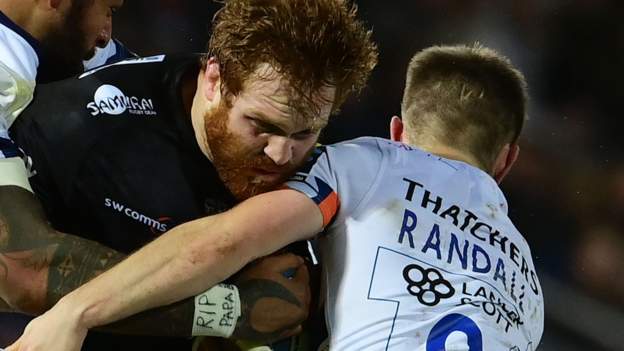 Dave Attwood and John Afoa will be at Ashton Gate as Bristol makes five changes to accommodate Exeter.

The Bears will be letting go of the trio who together have 262 appearances for the Bears.

Exeter makes four changes, knowing that they must win to maintain their outside chances of reaching the play-offs.

Joe Simmonds, fly-half, is recalled. Henry Slade moves to outside center and Tom Hendrickson drops to the bench. Josh Hodge replaces Tom O'Flaherty at the wing.

Charles Piutau will be back at Bristol as a full-back. Luke Morahan will be on the wings, helping Bristol to maintain 10th in the Premiership.

Exeter, which lost to Quins at Twickenham last year, knows they must win – and ideally, with a bonus point to keep their hopes alive of making it to the top four.

If the Chiefs are to reach the top four, they will need wins at Bristol and at home against Quins.

Rob Baxter and his side were last outside the play-offs in 2015, and have reached every final since 2016.

“We get another chance to play before our fans, celebrate those who are leaving, we're looking forward,

“It always means much more when you play games that are significant.”

“We are aware that Exeter are going full-throttle and we need to be able to get the job done and defeat them.

“When you're not involved with Europe it's stop start, so everyone wants to get back in the field.”

“Wherever you are, you've earned it. Your frustrations are your own.”

“We have an opportunity to have a very successful year.

“It's still in our hands. If the teams win their matches, there's little we can do.

“But, right now, the way I see it is that we have the opportunity to pursue two wins that could potentially end the season well. Even if we don’t make it to the top four, it would still be a positive ending to the season.”