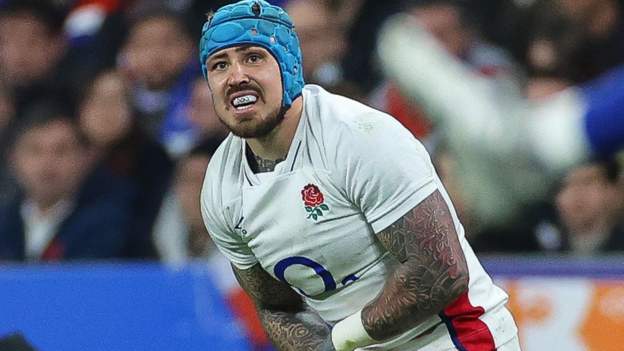 Nowell has not played since breaking the arm of his arm in March against France. He is currently one of five changes.

Quins identify a strong side, despite the fact that they are unable to improve upon third place as they prepare to play-offs.

After long-term injuries, Tyrone Green, Aaron Morris, and Joe Marler both return, while Will Evans and Will Collier all rejoin the front pack.

After recovering from injuries, George Hammond (left), James Chisholm (right) and Luke Northmore (left) all returned to Harlequins after completing their rehabilitation.

Exeter could be fifth if other results go their way. Harvey Skinner will start in the centre, while Stu Townsend will start at scrum half.

Scotland back-row Sam Skinner will make his final appearance on the bench before he leaves Sandy Park after eight years. He is moving to Edinburgh.

“It's probably more significant individually for some players and probably more important to us to show what's up in front of what could be our largest home crowd of season.

“I don't think it's necessary to win the game. But I believe it's important to be ourselves, express our feelings and have fun doing what we do.

“For many guys this season has become an emotional struggle more than anything else. I think there are good reasons.

“There are very few players in our squad that can remember being outside of the top 4, and that is scary.”

“It's for us a way to get into the semi-final. The preparation is designed to make you feel sharp so you can go in with confidence.

This week's preparation is crucial in making sure we get to Exeter and play well so that we are sharp for the semi-finals.