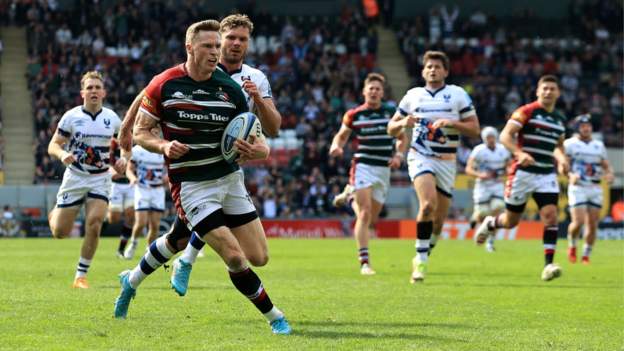 Ben Youngs also crossed the line, while Jack Bates (and Toby Fricker) replied as hosts built a 27-12 advantage at half-time.