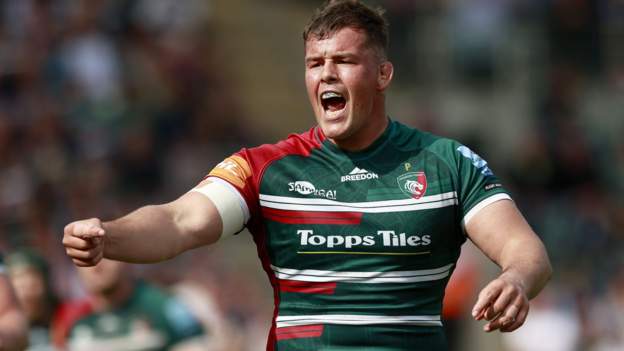 Clare will make his 50th Tigers debut and will start alongside Dan Cole and Ellis Genge in the front row.

Three changes are made by the Wasps, with Paolo Odogwu and Ali Crossdale returning.

James Gaskell and Jimmy Gopperth will make their last appearances at the club.

Gopperth, from New Zealand, will join Leicester, while Gaskell will be leaving at the end.

Leicester are certain of a home semi final – their first since 2013. They will finish on top of the table with either a win or a loss at Gloucester.

A win would be their 20th consecutive season of winning every home Premiership match.