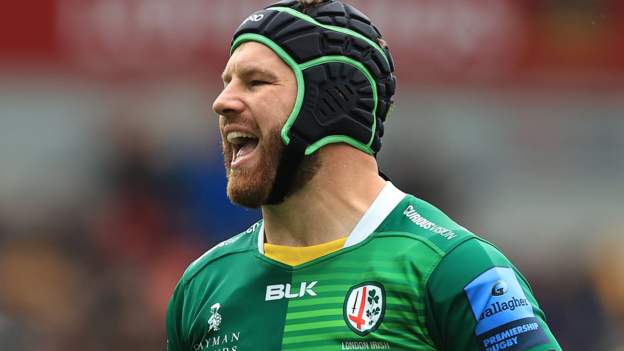 Max Clark and Valeriy Morozrov are both leaving the club this summer. Bath will be trying to climb out of the Premiership bottom.

The Irish are currently eighth in the standings and will be playing their last game of the season.

Sean O'Brien, former forward for Ireland and British and Irish Lions, plays for the final time before retiring.

After spending 11 years at Leinster and winning four European titles, the 35-year-old was named European Player of Year in 2011. He also played at two World Cups.

Former England fly-half Danny Cipriani will sit on the bench for Bath in what could be his last appearance in the Premiership.

Last month, the 34-year old announced that he was going to join an overseas club.

Bath would move up the Premiership's bottom tier if it wins, draws, or loses a bonus point, with Worcester, second from the bottom, on their byeweek.

They could move up to 11th if they win a bonus point, even if Newcastle loses at home to leader Leicester.