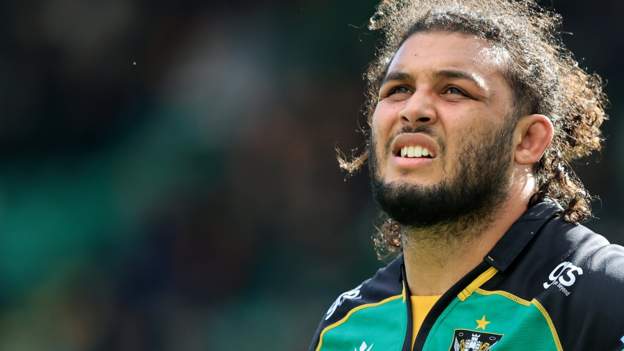 Lewis Ludlam, who sustained a thumb injury in his thumb, has been declared fit. He will now play his 100th match with the Northampton Saints.

Courtnall Skosan has been replaced by Rory Hutchinson. Alex Waller is in place for Manny Iyogun's loose-head position, Sam Matavesi is replacing Mike Haywood at hooker, while Paul Hill is in place for Ehren Painter at tight-head.

Sean Robinson returns to the Newcastle Falcons, making only one change.

Philip van der Walt has been replaced by him, as he is currently out of action with a knee injury.

The fourth-placed Saints win would secure a spot in the play-offs, for the first time since 2003.

The Falcons are in 11th place, however, and have won at Franklin's Gardens on three of their previous Premiership visits.