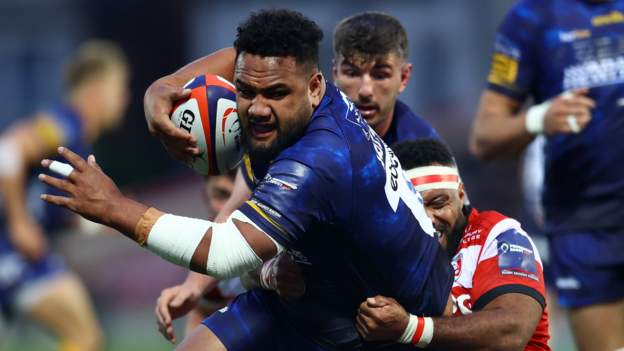 Duhan van den Merwe-inspirated Worcester rallied from behind to defeat Gloucester and reach their first ever Premiership Rugby Cup final.

Gloucester led at halftime thanks to Jack Clement's and Aaron Morris' tries, but Warriors held on with Tom Howe and Gareth Simpson scoring.

Van der Merwe scored and assisted another Simpson attempt in the second half, turning the semi-final in their favor.

Warriors won thanks to a penalty attempt and the late Niall Annett score.