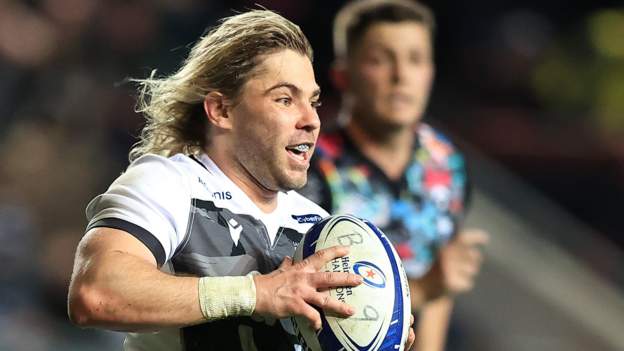 Faf De Klerk will lead Sale Sharks as their captain in his final game for the club, when they face Bristol Bears.

Alapati and John Afoa make up Bristol's starting lineup ahead of their move from French side RC Vannes.

Nathan Hughes, meanwhile, is one of their replacements. He also prepares to make his final Bristol appearance.

Sale names De Klerk as one of several players who will be leaving the team, along with Lood De Jager, Rohan Janse Van Rensburg, and Simon Hammersley, at the end.

Jack Bates will be in Bristol to take part in the trip to the AJ Bell Stadium. Jake Kerr and John Hawkins will also be there. Dan Thomas will start his final game of the season.