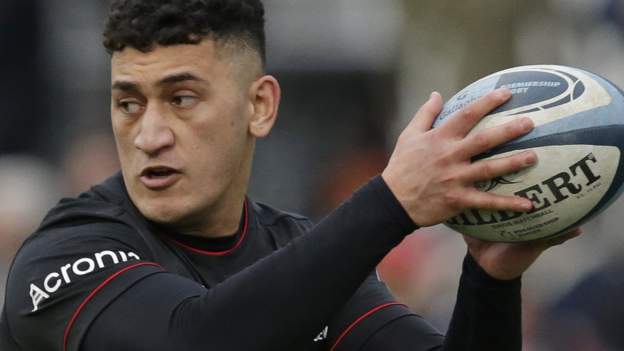 Mako Vunipola is leading Saracens again when they host Harlequins at the London derby. This is just two changes from their convincing win against Bath.

Jackson Wray from the back row is also back, six weeks after he was hospitalized with a fractured skull.

Harlequins will welcome Wilco Louw and Stephan Lewies, club captains, to the sidelines.

Louw was scheduled to start on a bench position, but after a late change Louw will now start on the front row.

Four changes are made by the champions to the team that lost at home to Sale on Sunday.

These include Oscar Beard replacing Louis Lynagh at the wing, Santiago Garcia Botta and Louw moving into the front row for Jordan Els or Simon Kerrod.

Flanker Matas Jervicius, who impressed from the bench last week, is now given a Premiership debut.

Saracens have made only two changes to their starting team XV: Rotimi Segun is replacing Alex Lewington as winger, while Callum Hunter–Hill takes the place of Andy Christie.

“I think our attitude and approach throughout week, combined with the result against Bath gave us lots to be happy about.

“A lot more people talk about the significance and the derby factor than us, so we just try to focus on going in every Monday and doing better than the previous week.

“We have a lot of respect for Harlequins, and we always enjoy playing against them. So we are looking forward to facing them on Sunday.

“It's about putting our best foot forward” and ensuring that we are prepared to take on the challenges.

“The way we play, there will be errors. We are okay with that. If we don’t make mistakes, then it is not the Quins way. That is pushing the limits.

“But, there are certain areas where we can’t accept mistakes. These include knowing your role, detail and concentration.

“That's where frustration kicks-in, because we know they are easy fixes and we made so many errors last week against any team that you won't have chances to win again in games like these.

“It's important not to make small mistakes in our game.”