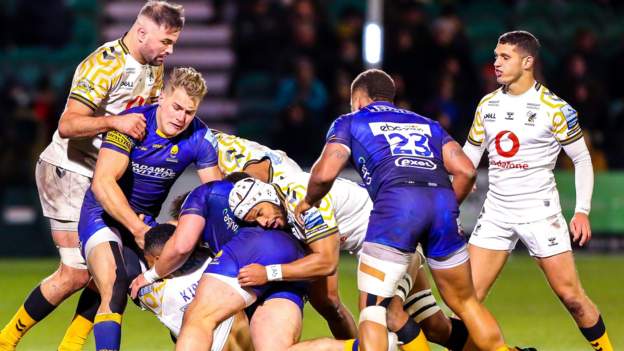 Josh Bassett is back on the left wing. Zach Kibirige moves to the right, Jacob Umaga to full-back. Dan Frost also gets a recall.

Francois Venter, Worcester, is back in the centre after three months.

But they are without Ollie Lawrence of England, Scotland, and Duhan van den Merwe from the Lions wing.

Jamie Shillcock, the full-back, is recovering from an ankle injury. But it looks like Van der Merwe might be finished.

Now it is clear that he fractured his rib during the home defeat by Newcastle on 2 April – It is expected to remain out for at least a few weeks.

Venter will replace Ashley Beck, who is out with a sore leg. Sam Lewis, a flanker, will make his debut in two months after his recovery from a broken leg. He was on the bench last week. Challenge Cup defeat in Lyon.

After their win, Worcester aim to beat Wasps by making it a second season. 32-31 win at Sixways in December.

This was the Warriors' first win in the Premiership over Wasps since moving to Coventry in 2014 from London.