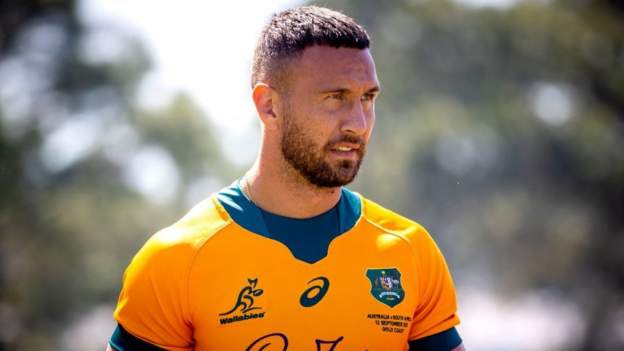 After representing the Wallabies 75x, Quade Cooper, Fly-half, has been granted Australian citizenship.

Cooper was born in New Zealand and moved to Australia when he was a teenager. He had five unsuccessful attempts at citizenship over five years.

This was before eligibility criteria for “most talented potential” applicants were modified last year.

The 33-yearold is currently playing at Kintetsu Liners in Japan. She has previously played for Australia at two World Cups.

Because he wasn't a citizen, he couldn't be selected to the Australian rugby sevens team at Rio Olympics 2016.

Cooper was recalled to international duty in September. He played a prominent role in the Wallabies’'. 28-26 win over world champions South Africa.

“Ceremony is over and after five years of five failed attempts, 75 Test matches, and a lot help from many people behind-the scenes, I can finally say that I am Australian.” Cooper said on Twitter.