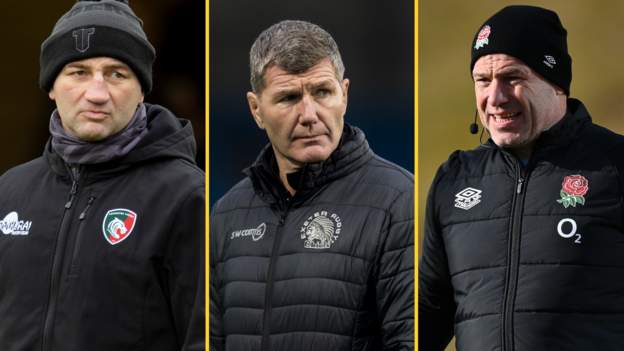 Eddie Jones, an Australian rugby player, has signed a contract until the 2023 Rugby World Cup ends. However, Jones is feeling pressured after failing Six Nations campaigns.

RFU is currently looking for someone to take over the role of national team manager and hopes to have a new management team in place by summer 2023 to allow Jones to transition smoothly.

Sweeney claims that the next head coaches will not necessarily have prior international experience. This leaves the door open for Rob Baxter to be approached. whose contract with Exeter expires in 2023.

Steve Borthwick (forwards coach at Leicester under Jones) and Richard Cockerill (currently in the same role) are both candidates.

Sweeney supported Jones' decision to stay by it. insisting England are heading in the right direction despite indifferent performances and poor results recently.