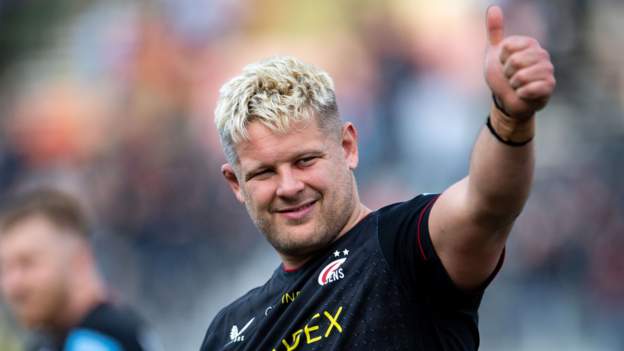 He stated, “I have loved every second of my time here and made lifelong memories together with some incredible people.”

He told the newspaper that it was a great honor to have been with everyone on the pitch and that he looks forward to making the season a success. club website.

Mark McCall, Saracens director rugby, was quick and enthusiastic to praise Barrington for his contribution at StoneX Stadium.

He said, “Baz embodies all that is good about Saracens and maybe about the game itself.”

Baz is more that his rugby, of the highest quality, at some of the club’s greatest moments. He's a character.

“His infectious personality, love of people and passion for the club have been the foundation of the club's ethos.

He is a true original. His contributions make our club and the sport better.

“We would like to thank him for everything he did for Saracens, and we wish him the best for his future adventures in France.”