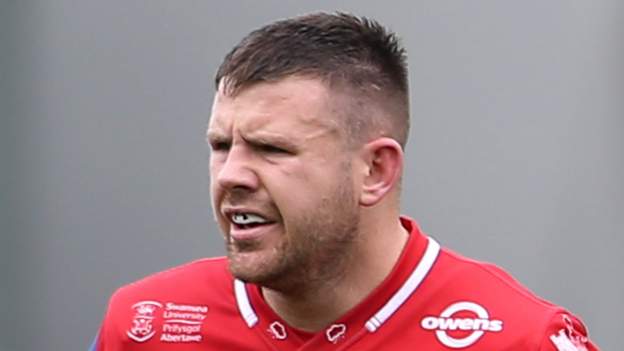 After being released by Scarlets, Rob Evans, a Welsh prop, has signed a contract with the Dragons.

Evans, 30, will move to Dean Ryan's side at the close of the season from Llanelli.

Evans said, “I'm glad to be joining and excited for next year.”

“It feels right for a shift and with Dean's other signings, it will be fantastic and I look forward it.

Evans made 156 appearances in Scarlets, where he was a key player of the 2017 league winning side.

He added, “I love playing Rodney Parade and all the fans are so loud and intimidating.”

“I look forward to being part of it and having their support.”

Evans made his international debut against Ireland 2015, and has gone on for 39 caps for the country.

He is the second Wales pro to link up next season with Dragons with Rhodri, who is joining from Ospreys.

Dragons director Ryan Ryan stated that they were delighted to welcome Rob to Dragons. He is also excited about the potential impact he will make to Dragons rugby.

Rob is very driven and motivated to assist us as a team.

“He also has big international ambitions with Wales which he wants as a Dragon.”

Josh Reynolds has been signed up for next season.

Ryan announced that Seiuli and Bateman are both out of contract.

Ryan said, “There's no doubt that change is coming for our country and we must adapt.”

“Part of the process of change is making difficult choices, and even though it's late season, we are completing as many of them as we can.

“There are two to three conversations that still need to be cleaned up, but hopefully they will be completed before the weekend. It is a fact that more people are leaving than coming in.

“We need to improve the quality and availability of people week in and week out.

“We have to make conscious efforts change the kind of person we bring here, and we have to be willing to take some risk by supporting them in their journey with some children.

“The balance of our squad needs to change and is currently changing.”

Ryan refuted the idea that Dragons were making more money from the recruitment drive.

Ryan said, “We must balance what we have as budget.”

“That has not increased in whatever form. If we invest more in people, we must reduce our headcount.

“There is no extra money. The differences in the regions are obvious and the people who live there are most affected.

“People have to let go of the myths that have been created.

“This hasn't been an easy year. We need to change, and that means we must take risks in another area.”