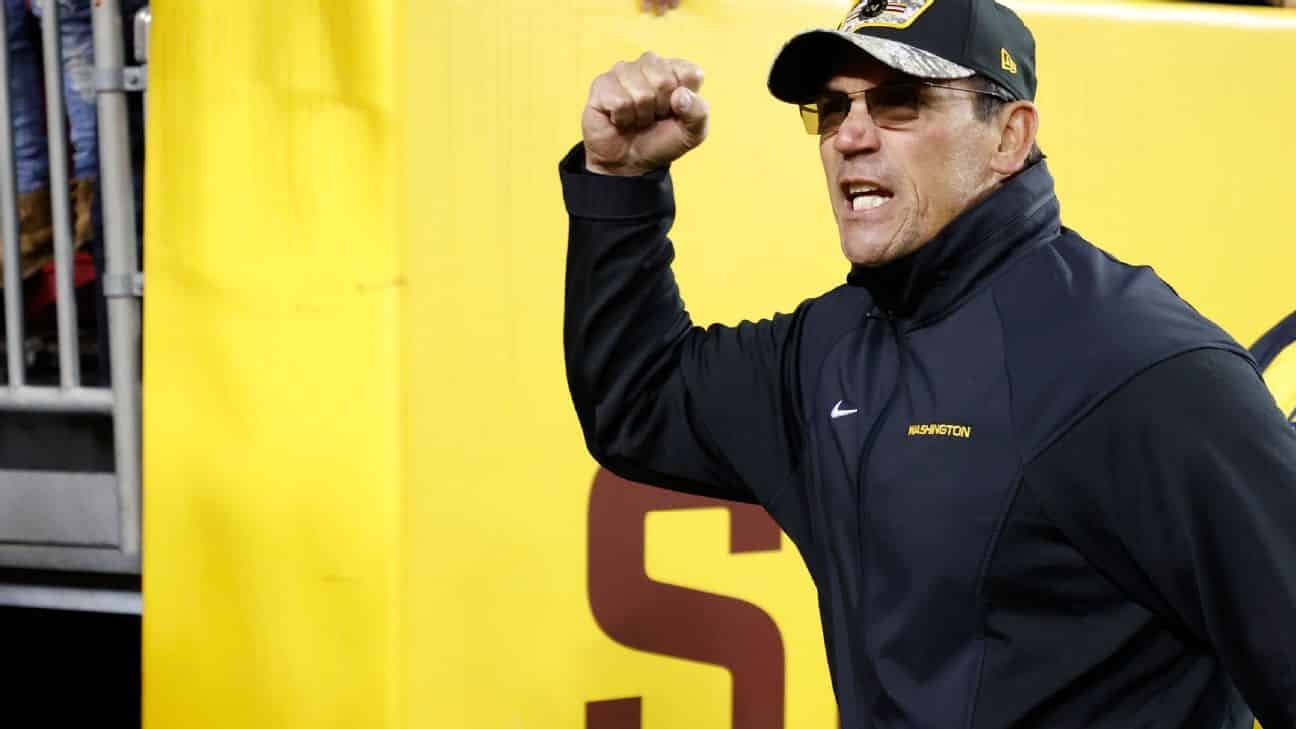 Washington CommandersThe Professional Football Writers of America has selected Ron Rivera as the recipient of the 2022 George Halas award. He was diagnosed with cancer in his late teens and has made a complete recovery.

The Halas Award recognizes an NFL player, coach, or staff member who has overcome adversity and succeeded. This award is named after Halas, a founding member of the Pro Football Hall of Fame who was closely associated with the organization. Chicago BearsThe NFL from their inception, in 1920, until his death, in 1983, as an owner and manager.

Rivera, who was diagnosed with squamous cell carcinoma after a long battle, is the fourth Washington franchise member to receive the honor from PFWA.

Rivera was named a finalist for Halas Award in 2020 for the second consecutive year. In August 2020, Rivera was diagnosed with neck cancer. He received three cycles of chemotherapy and 35 proton therapy treatments over seven weeks. Rivera lost 30 pounds and needed IV treatments at halftime.

He never missed a single game as he led his team to the playoffs his first year in Washington as head coach. Rivera was able to complete his recovery and announced that he was free from cancer in January 2021.