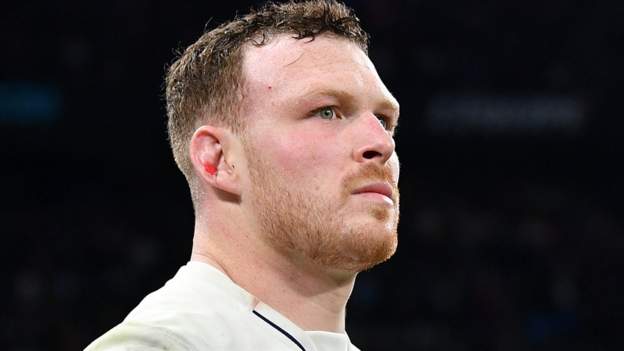 England's number eight Sam Simmonds may miss the summer tour to Australia because of a hip injury and groin injury.

Simmonds may also not be available for the Premiership playoffs. Exeter is in the fourth and last qualifying spot, with three regular-season matches remaining.

Rob Baxter (Exeter director of rugby) said, “I don’t want to tell him he will certainly be back for England at the end of this season.”

“I don’t believe it is as straightforward a prognosis.

“There are some treatment options. More is being discovered this week.”

Australia will host three Tests in England this summer. The first is scheduled for Perth on 2 July.

Courtney Lawes, another forward, is also doubtful for the tour after dislocating his thumb.

Alex Dombrandt, Harlequins' eighth player, was the one who started England's Six Nations wins against Italy and Wales, when Simmonds sat on the bench. Tom Curry filled in the same role for England's fall wins over Australia, Tonga, and South Africa.

In Simmonds' absence, Exeter were knocked out of the Champions Cup last weekend by Munster.