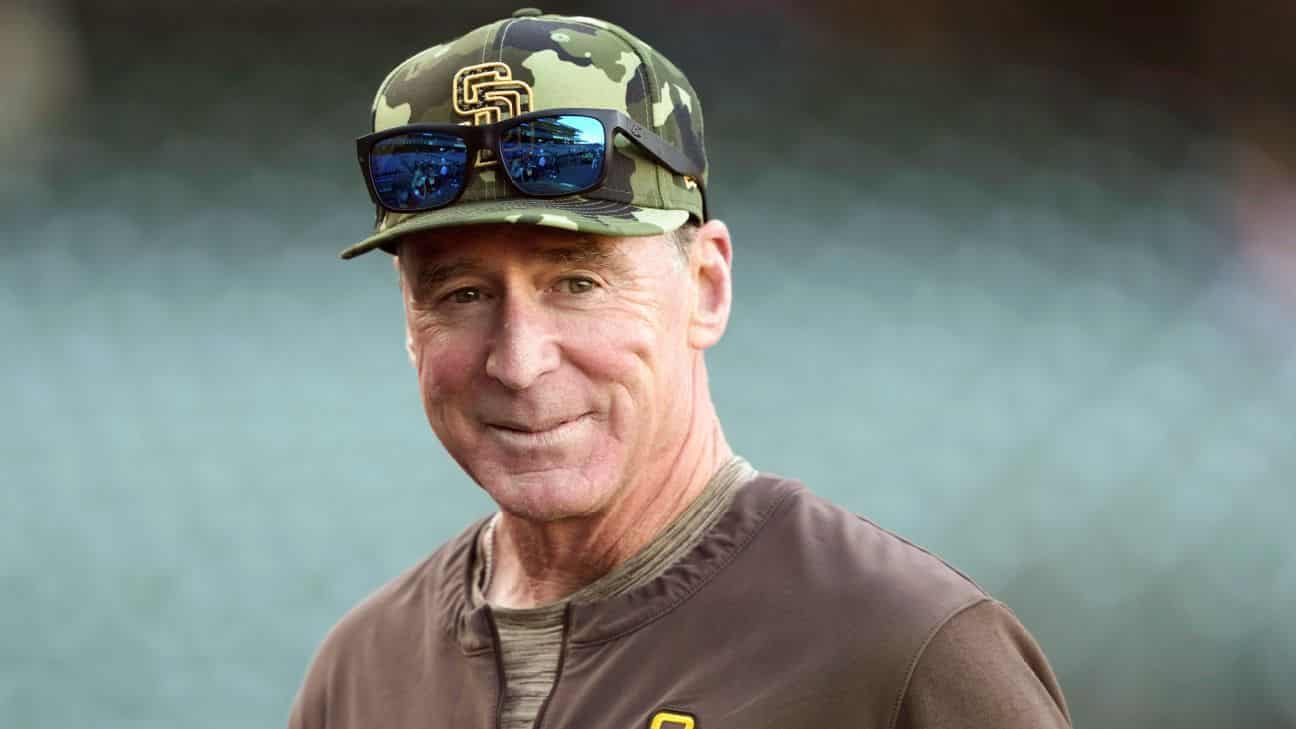 SAN DIEGO — San Diego Padres Manager Bob Melvin returned to the field Wednesday, after being sidelined due to COVID-19 protocols during 11 games.

Melvin declared that “I might just be the healthiest man you could be around ever during all of this” during his media session ahead of the series finale. Arizona Diamondbacks.

Melvin, 60 years old, stated that he has been feeling asymptomatic the past nine days. In between two games of a doubleheader, Melvin went to the protocols. He claimed he had a sore throat and was positive. “I had no symptoms the next day. Since then I haven’t had any symptoms.

“It feels great being back. It was quite unsettling to be able to just sit there and watch video games all day and feel the same way. He said, “It's a crazy world that we live in.”

In Melvin's absence the Padres went 6-5. They started Wednesday's game percentage points behind. Los Angeles Dodgers The NL West atop.