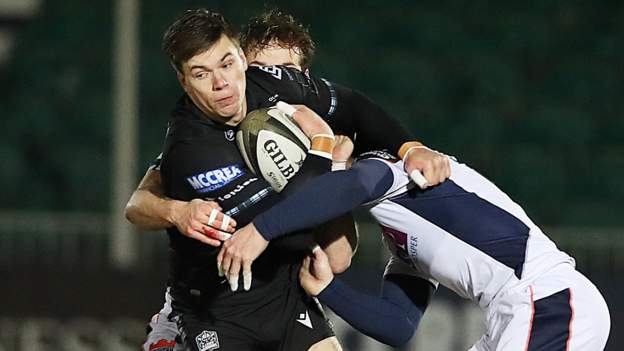 After signing a multi-year deal with the Warriors, Huw Jones, Scotland's centre, will return to Glasgow for the start next season.

After a season playing for Harlequins, the 28-year old will join Danny Wilson's team.

Jones, who scored 13 tries in 32 matches for his country, stated: “I'm really looking ahead to going back to Glasgow.

“I'm thrilled to be back and show how I have developed as a player, as well to once again wear the Glasgow Warriors' jersey.”

He said, “I lived there for 5 years, and I made many friends and memories. I look forward to making even more in the future on the field and off it.”

“There are a lot of people at Glasgow who want to help the club grow and I'm excited to be a part.

“I have gained valuable experience playing for Harlequins.”

Scotstoun's versatile back arrived in 2017 and is now just a few years away from a half-century.

He made his first attempt for the club in December 2017, against Edinburgh, in the 1872 Cup first-leg at Murrayfield. He then crossed four more times during 13 appearances under Wilson's guidance in 2020-21.

In his 27 Premiership appearances, Jones scored seven tries. Wilson is thrilled that the Edinburgh-born back is back.

“We are really excited to welcome Huw back into the club,” he stated.

“Huw has been a great supporter of both Harlequins and Glasgow. He is also a strong presence at 13 and 15.