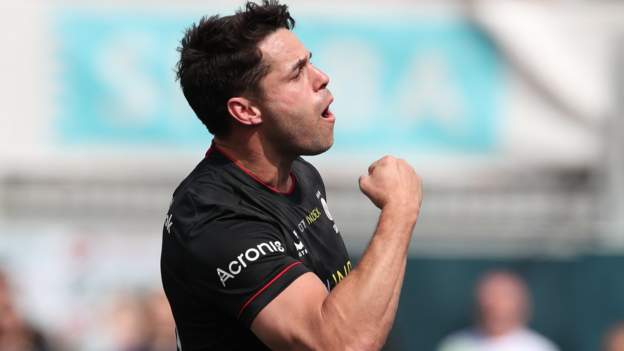 Sean Maitland, a Scotland international, has extended his contract for one year to remain with Saracens.

Since joining Sarries from London Irish in 2016, the 33-year old has scored 42 tries.

New Zealand-born winger, he has won 53 caps in Scotland's team.

Maitland was a winner in both the finals of Saracens' European Champions Cup and Premiership doubles in 2018-19.

He won two Premiership titles and two Champions Cups, and was the Champion in six seasons in London. He also toured Australia in 2013 with the British and Irish Lions.

He told the club's website that “Saracens was a club very close to me and I am very excited for another year.” website.

“We have a very special group of people here that I love being with and I believe we are on track to reach our goals, which is huge motivation for us all.”

The Premiership is at the second place with Saracens on 82 points. There are two regular seasons left.

They will need to score three points to secure a second-place finish. A home draw in the semi-finals would be enough.

They will face Northampton at StoneX Stadium on Saturday, before facing Gloucester in their final match next month.