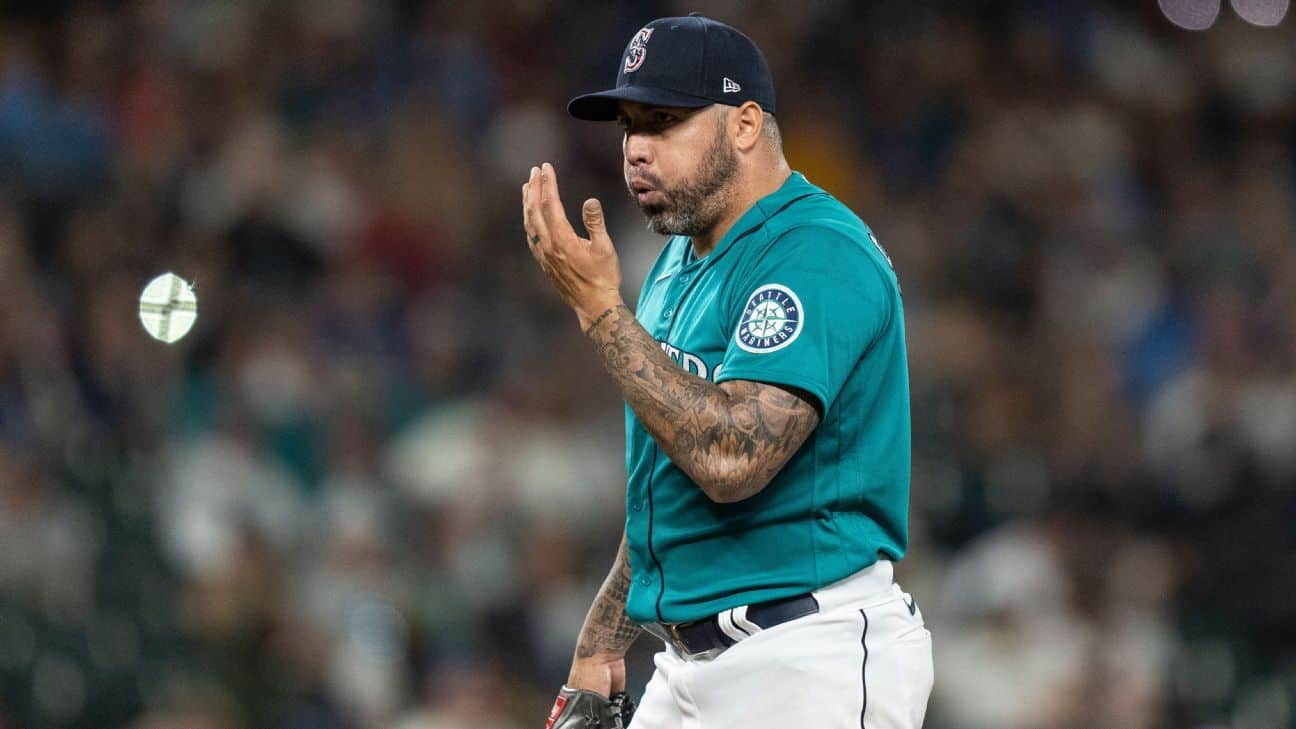 SEATTLE — Seattle Mariners pitcher Hector Santiago is expected to have the appeal hearing about his 10-game suspension for using a grip-enhancing foreign substance heard next week during the team's current homestand.

Seattle manager Scott Servais said Saturday he didn't know the exact date but believed it would be the middle of next week. Seattle begins a three-game series with the New York Yankees on Tuesday.

Santiago became the first player disciplined under Major League Baseball's crackdown on grip-enhancing foreign substances when he was given a 10-game suspension. The suspension was issued after umpires ejected Santiago on June 26 against the Chicago White Sox.

Crew chief Tom Hallion said then that Santiago was ejected for “having a foreign substance that was sticky on the inside palm of his glove.”

Santiago said following the ejection, that what the umpires found was a combination of sweat and rosin. He declined to comment Saturday about any of the details surrounding his suspension and appeal. His appeal will be heard by MLB special adviser John McHale Jr.

“I know we feel that we have been wronged by what has happened with Hector. I think Hector is dealing with it very appropriately,” Servais said.

Santiago, 33, pitched for the first time since the suspension was announced in Friday night's 5-4 win over Texas. He struck out three in the eighth inning sandwiched around a single.

Before the inning started, Santiago removed the rosin bag from the mound, drawing chuckles and cheers from the fans in the stadium. But that also drew the attention of umpires, who had issue with the color of his glove, Servais said. Umpires claimed Santiago's mitt was gray, which is not permitted, rather than black.

Servais and Santiago both insisted the glove was black.

“That's what I said to the umpire and he said he was 100% sure that was a gray glove, and I said no it's a black glove that's been in the league for a long time,” Servais said. “And he said well, that's not going to work. So, we'll make an adjustment.”

Servais joked that Santiago went to a local sporting goods store earlier Saturday to grab a new mitt. Santiago said that wasn't accurate, and he was using the same glove — which he's had since 2016 — during pregame catch.

“I did not have an issue last night of him escorting the rosin bag off of the mound, so there was not going to be any questions there,” Servais said. “I thought he was very professional. And the highlight for me is he pitched really good.”