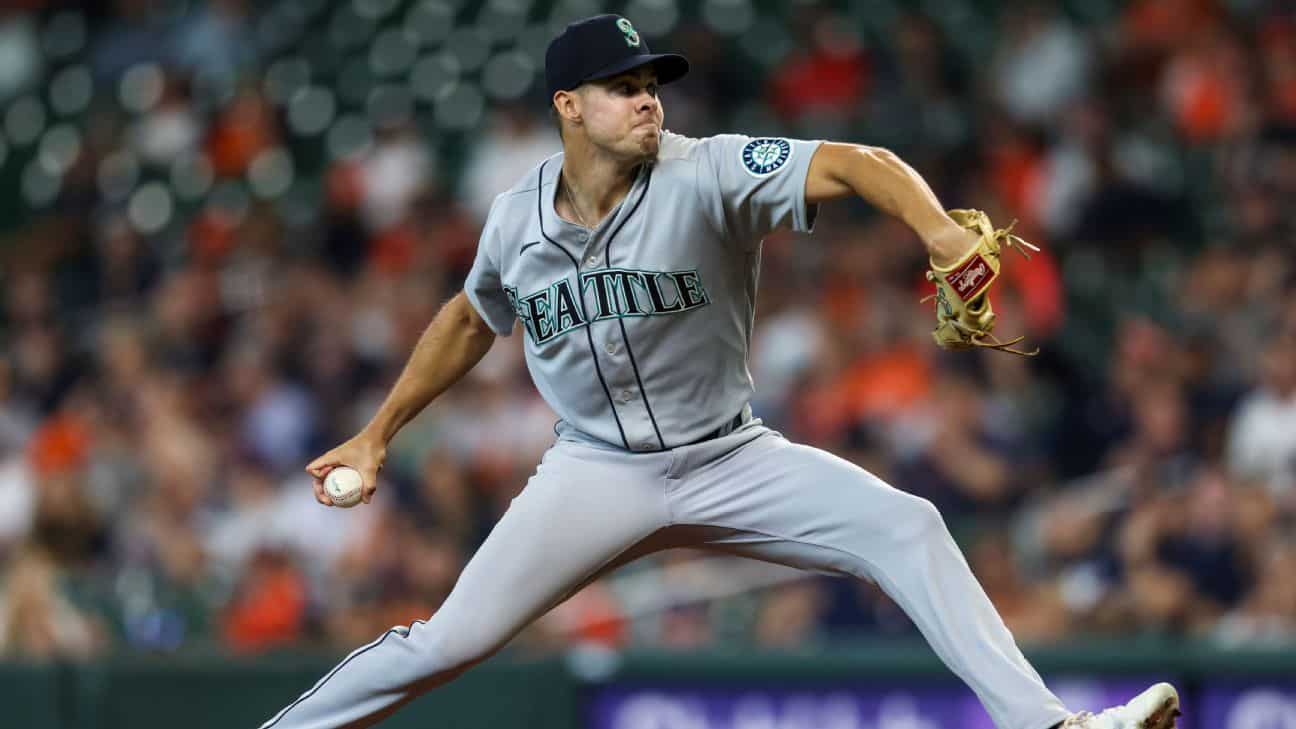 SEATTLE — The MarinersOptioned young right-handed starter Matt BrashTo Triple-A Tacoma on Wednesday, with plans to transition him to a bullpen job for the remainder of this season.

Scott Servais, Seattle manager said that Brash could best contribute to the big league club this year from the bullpen. He didn't commit to Brash relieving for the long-term.

He's definitely a man that could help us win this year, I think. “I think he has the best chance to make an impact on our team if he can adapt to the bullpen and come out to help us on multiple days per week, rather than just one day,” Servais stated.

Seattle hasn't yet announced who will fill Brash's position in the rotation. But, George Kirby, a top prospect, could be the Mariners best option in minors.

Brash was not the only Mariners player to be recalled. Matt Festa, the right-handed reliever, was also placed on the 15 day injured list due to elbow tendinitis. Riley O'Brien (right-hander) was recalled, while Danny Young (lefty) was selected from Tacoma.

After clearing waivers, Nick Margevicius was also designated to Seattle as an assignment left-hander. Matt Koch, an outrighted righthander, was then transferred to Tacoma.