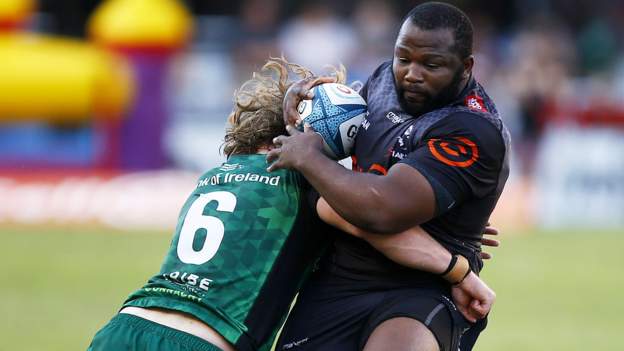 Connacht was defeated by the Sharks in a close match that saw them win. This keeps them in contention for a home quarterfinal.

Thanks to the tries of Caolin Blade and Gavin Thornbury, the Irish province was ahead by 11 points at break

They were held scoreless in half-time as the Sharks made four unanswered attempts to win the game.

They take on Ulster in the final match of their regular season, which takes place on 20 May.

The win was achieved with relative comfort. However, the Sharks were unable to perform in the first half due to their lethargic performance.

Connacht was the first Irish province to win this season in South Africa, winning last week's 33-30 win over the Lions. Connacht continued their momentum with a strong opening forty minutes.

Despite John Porch's fall to the sinbin for a high tackle and Gerbrandt Grobler being in front, the visitors kept their cool and moved ahead in the 27th minutes when Thornbury took Jaden Hendrikse's box kick to score.

Blade made a cut through a gap, creating a one-on-one match with Finlay Bealham. This allowed Connacht to take the lead at 21-10 in half-time.

The Sharks returned firing after the break, scoring three tries in 14 mins from Marius Louw and Springbok Mbongeni Mobonambi.