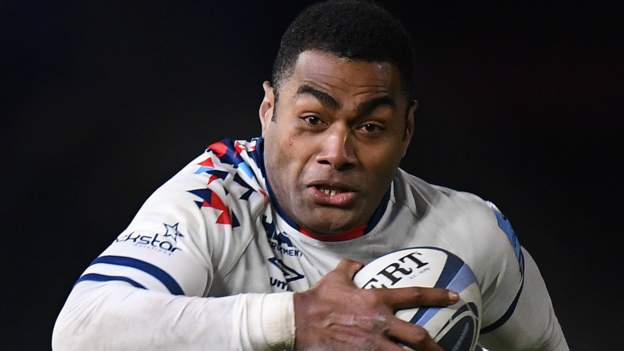 Siva Naulago (Bristol Bears) has been suspended for three games following his red card. in the 49-32 loss to London IrishThe decision was upheld.

Naulago was ejected for his high tackle on Henry Arundell, Exiles fullback.

After being cited, the 30-year-old presented his case to an independent disciplinary committee. The panel admitted the offence, but challenged issuing the card.

After completing a World Rugby training programme, he has the option of reducing the ban to only two games.

The Coaching Intervention Programme will ensure that the rugby league convert does not miss the Premiership games against Worcester or Wasps. The ban will end in time to allow for the West Country Derby at Bath on 5 March.