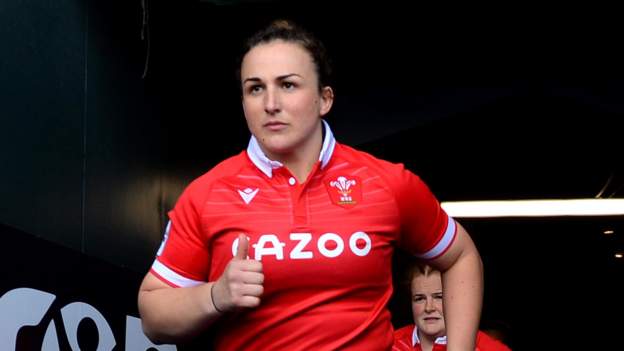 Captain Siwan Lillicrap hopes that Wales will end their Six Nations campaign “smiles on our faces” and be proud of the country.

The tournament's best finish since 2009, when Wales beat Italy would be secured by victory over the latter.

These bonus-point wins in Ireland and Scotland this past year were followed by crushing defeats to England, France and Germany.

Lillicrap stated, “It's really important that we end with a great performance.”

“I look forward one last chance to showcase our abilities, what we have worked on and finish on a high… hopefully it will look after its self.”

Ioan Cunningham has made eight starting changes To the side that lost to France with impact replacements such as Sioned Harries and Kelsey Jones getting their chance, Donna Rose, Ffion Lewis, and Donna Rose.

Lillicrap claims the modifications are a sign the squad's strength and depth – something Wales had not experienced in previous years.

She stated that “The competition has been healthy and girls are willing to put their hand up and have worked hard throughout the campaign.”

This campaign has been difficult for Wales, who were slow to start and came from behind in their wins over Ireland and Scotland. They proved they can compete with the best teams in the world by showing their ability to win against England and France in the first half.

Lillicrap said, “It's hard not starting as well”

“You're chasing the game, but you end up on the sidelines defending. That is difficult.

“Our aim is get momentum and play the style rugby that we want, with freedom of expression and confidence.”

The Six Nations is of greater significance because it falls in a World Cup Year. Lillicrap believes that victory over Italy would give Wales an enormous boost as they enter the tournament.

She stated, “Let’s finish strong. Finish with confidence. And leave nothing out.”

“All of us want to be able see each other in the eyes after the game, having done everything possible.”