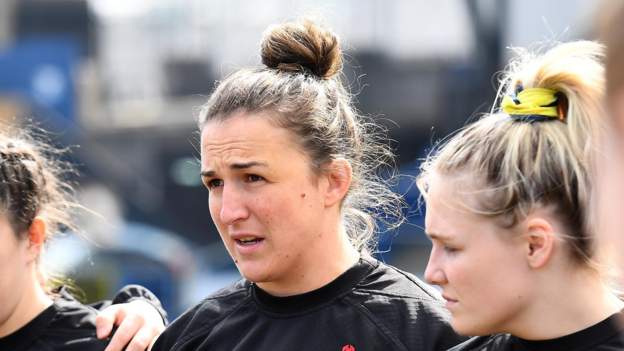 Siwan Lillicrap says she didn't have “anything in the tank” during Wales' Six Nations defeat to Italy.

Half-time was when the skipper was removed and she revealed that she had contracted a sickness bug over night.

She stated, “I was unwell for 16 hours and I was running on gas essentially.”

“It was one of the hardest 40 minutes that I have ever played. It feels like your energy has been sapped.”

Lillicrap said that it was mentally hard to give more. However, it is physically impossible.

Lillicrap expressed pride in Wales' first professional campaign, despite her illness and disappointment at their defeat.

They took third place, their best result in the Six Nations tournament since 2009.

“I think it's gone really well. If you had told us at the beginning of the campaign that we would finish third in the campaign, we would have bit our hands off,” said Lillicrap.

“We had two difficult years, where we didn't have any wins. We were at the bottom of the table, with the wooden spoon.

“So credit to the whole squad for their fight and determination to move forward.

“I have to give credit to the coaches and management that they have invested belief and a gameplan in us, which is driving the standards.”