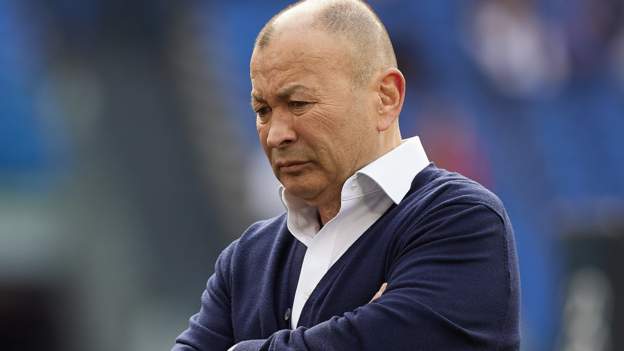 Eddie Jones, England's head coach, says England “left something out there” despite their win over Italy in the Six Nations bonus-point match.

Jones was pleased with their defense and said that although their attack is improving, Jones felt his team could have scored more.

Jones stated that Jones had reported two failed attempts and possibly missed one or more to BBC Radio 5 Live.

“We did a little bit wrong, but I'm very pleased with their defensive efforts and for not giving them any points.

Italy is an improving team. They have some talented young players. They were well coached, and they didn't lose heart like Italy.

“Each game, we want to get better. We felt that our attack was stronger than against Scotland, but there is still a lot to be done. The referee was a little out of control in some cases, but overall it was positive.

England, currently second in the table is hosting Wales at Twickenham, when the tournament resumes Saturday 26 February.

Jones believes England will benefit from home advantage in a game against Wayne Pivac that will be “much harder”.

“Wales are an aggressive team, as we saw in their game against Scotland yesterday. They hung in there and began to win the battle for the ruck. Dan Biggar was capable of giving them field position, and it was an exceptional win.

“It will prove to be more difficult, but we will be back in Twickenham with 82,000 supporters who want England to do well.”

“We have put ourselves back into the championship”

Marcus Smith, an England fly-half, said that the visitors had to “put on a show for their traveling fans in Rome.”

Smith opened the scoring by scoring his second consecutive try. After that, he added two more tries to his score and converted four times.

“We put a great emphasis on today,” he said to ITV.

“After Murrayfield, we were very disappointed. Eddie [Jones]We spoke about the next job. With that win, we put ourselves back into the championship.

“It was the first time I've played in this stadium, it was special because there were so many England fans out. It was necessary to put on a show for them. We were a little scrappy, credit to Italy, but 33 points is always nice.

Smith played alongside Harry Randall (scrum-half), who he said he had a “special” relationship with.

He said: “To play with Harry [Randall]This is special. I think we have a great connection off the fields and I hope we have it on the field as well.

“We have lots to learn and still have much to do. But we will enjoy tonight and get on the horse tomorrow.”