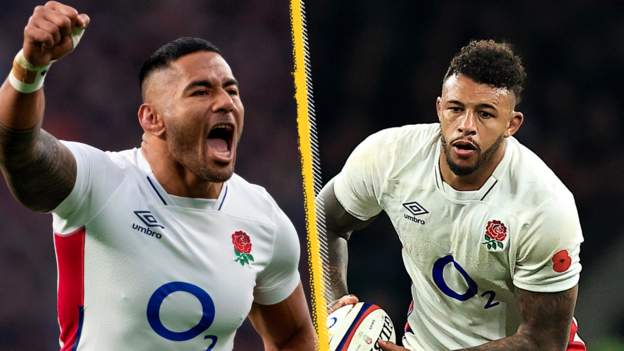 Eddie Jones, England's head coach, hopes that Manu Tuilagi, the centre of England, and Courtney Lawes (potential captain) will be able to return from injury in time for their Six Nations match against Wales.

Jones' team renewed their title hopes by winning with a 33-0 win against ItalyIn round 2, face Wales on 26 Februar

The head coach hopes that Lewis Ludlam, flanker, and Joe Launchbury will also be available for the Twickenham match.

Jones stated that Launchbury, Tuilagi and Lawes could be on the horizon.

England's win in Rome, a bonus point victory, moved them to second place in the Six Nations table following a disappointing first loss to Scotland.

France remains the unbeaten side of the tournament. England's returning players could be vital to their chances of winning the title.

After returning from a torn Achilles tendon, Tuilagi impressed for Sale. Lawes has been recuperating from a concussion suffered while playing for Northampton in January.

Launchbury was back in action for Wasps following a knee operation. He was briefly called into England's squad before the game against Italy, but was later released.

Launchbury's nine month layoff was a long one, and Ludlam’s rib injury in the loss of Scotland has been short-lived.

Jones, who was Tom Curry's captain in the first two games, stated that Courtney would be fully trained by next week.

“He's making tremendous progress, and the medical team have done some amazing work with him.

“He's not too far away now, and we're really optimistic he'll return in full training and be able to play against Wales.”

Tuilagi would prove to be'really helpful'

England's midfielder Tuilagi has been a key player for many years, and the side is struggling to find a replacement.

Henry Slade has been a great inside centre player for England. He was paired with Elliot Daly in one game and Joe Marchant the second. But, if Tuilagi is in, Slade will likely move to 13.

Jones indicated that he would speak with Alex Sanderson, Sale director for rugby, about Tuilagi’s fitness to determine “whether he has enough fuel in the tank” to play international rugby.

Jones stated, “Just having a Power Running Centre would give us an alternative option.”

“All that we are doing right now is about creating opportunities through finesse. That's through good running lines, passing, and other things.

“But to have someone who is able to move you quickly and engage 2 or 3 defenders, then you can try and find extra space, which would really be useful to us.

“We've seen three centres play, and I think Sladey is very good. Joe Marchant, Elliot Daly had their moments. But we can get more from that. We understand that.” 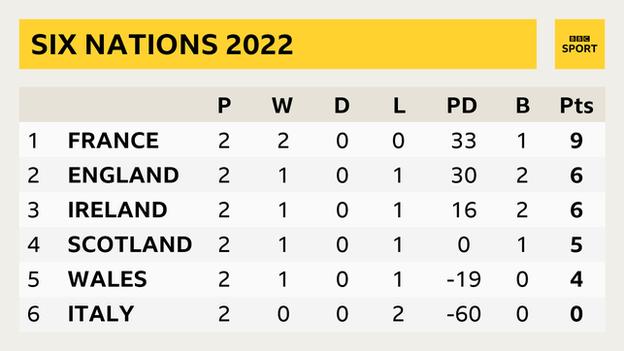 The Six Nations last saw England and Wales meet. the hosts' victory in CardiffIt was controversial because of two unsuccessful attempts by Josh Adams and Liam Williams.

England claimed that the first was a penalty taken too fast while there were still water carriers on the pitch. The second included a Louis Rees Zamit knock-on in build-up.

Jones claimed that there was nothing to be learned from poor refereeing, criticizing Pascal Gauzere.

Gauzere's performance deserved a video critique according to the head coach. the infamous monologue delivered by South Africa director of rugby Rassie ErasmusDuring the 2021 Lions tour.

Jones stated that Jones was wrong. “It was a Rassie Erasmus game. We got two difficult decisions against ourselves early on that were apologised by World Rugby. But that doesn't mean you get your result back.”