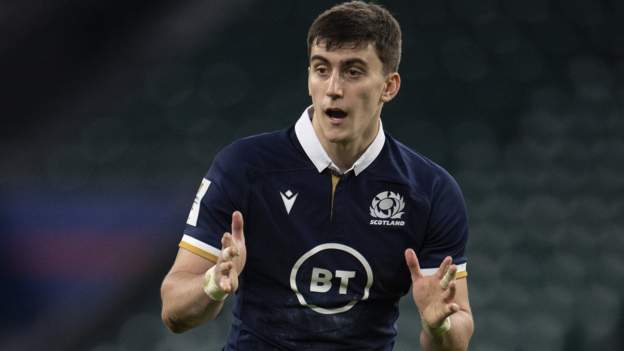 The 39-man pool does not include Adam Hastings or Huw Jones, George Horne, Sean Maitland and George Horne.

Rory Hutchinson from Northampton is selected, having not played for Scotland in 2021. Magnus Bradbury from Edinburgh's back row is also back after a similar absence.

Redpath, 22 years old, was dazzling in his first cap during last year's Six Nations victory against England. However, he was injured and couldn't participate in the rest of the competition. In May, he had surgery to fix anterior cruciate ligaments in the right knee.

Townsend stated that “a key part of squad selection was rewarding form” and that it definitely applies to Ben Vellacott (and Rory Darge) who have been outstanding for their clubs this year.

After missing the past few months due to injury, we are delighted to have Cameron Redpath join the squad. After playing in a match, he was able to participate in the squad selection. We will see how he performs at Bath and in training over the next few months.

“This squad is one of the most competitive I have ever seen in so many areas. It's a testament to our strength and depth.”

Stuart Hogg, the nation's most successful try-scorer, once again leads the team.

The full back is joined by fellow British/Irish Lions Finn Russell and Ali Price, Zander Fagerson and Chris Harris.

On 5 February, Scotland will face England in the Murrayfield tournament.

After a trip to Cardiff, Townsend's squad travels to Rome and Dublin.

Last year, Scotland was fourth with three victories and two home defeats by Ireland and Wales.