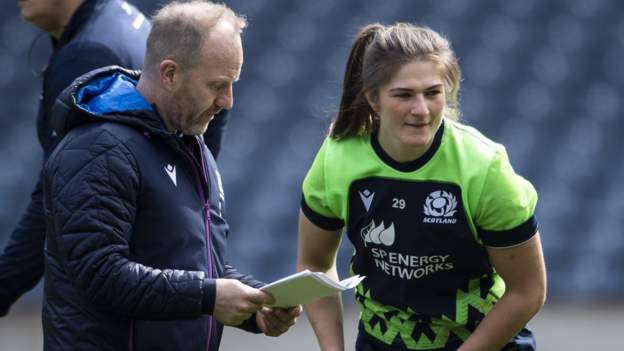 Bryan Easson, head coach, has chosen the same Scotland team that lost to Italy to face Ireland for their final Six Nation's match.

Scotland has lost four out of four matches so far, and they are looking to avoid Belfast's wooden spoon.

Three changes are made to the matchday team: centre Emma Orr, scrum half Mairi McDonald and back-row Eva Donaldson.

Easson stated, “We've had an honest review this week.”

“Our training sessions focused on getting the details right, trying to put together the positive aspects from our recent performances.

“I felt that the players performed well against Italy in the first half and that this is an opportunity for them to redeem themselves at the Kingspan Stadium Saturday.”

Ireland, who won one of their four matches, makes three changes to the England defeat.

Vicky Irwin, a full-back, will make an international debut in place of Eimear Conidine.