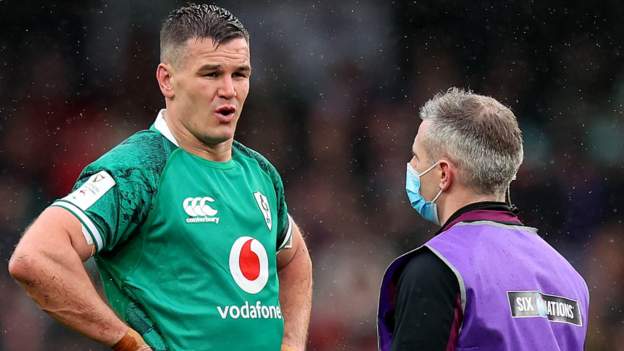 Johnny Sexton, Ireland captain, will be absent from the Six Nations game against France because he sustained a hamstring injury while training.

Joey Carbery was named at fly-half, the only change in the starting side following last weekend's win against Wales.

In Sexton's absence, James Ryan will be the skipper of the team.

Robbie Henshaw and Iain Henderson, both British and Irish Lions, are now on the bench after they missed the Wales match due to a lack of match fitness.

Their inclusion means that lock Ryan Baird, outside centre James Hume, and outside center James Hume will both be absent from the matchday 23.