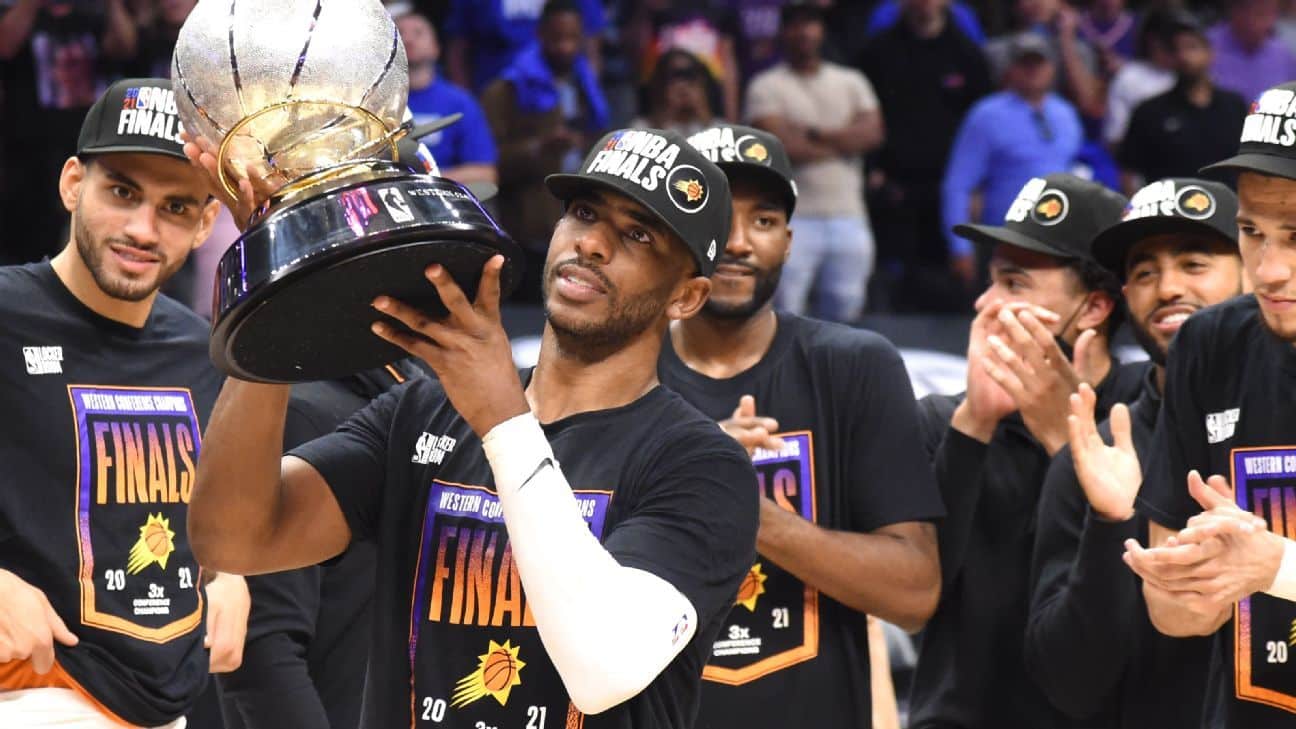 Sportsbooks have installed the Phoenix Suns as favorites over the Milwaukee Bucks in the NBA Finals.

The Suns opened at -175 at Caesars Sportsbook by William Hill, with the Bucks listed as +150 underdogs. Phoenix is a 5.5-point favorite over Milwaukee in Game 1 on Tuesday.

The Game 1 line and series price reflect oddsmakers' belief that Milwaukee star Giannis Antetokounmpo will likely miss at least part of the best-of-seven series. Antetokounmpo missed the final two games of the Eastern Conference finals against the Atlanta Hawks after suffering a hyperextended left knee late in Game 4. His status for the Finals against the Suns is unclear.

Last week, prior to Antetokounmpo's injury and with the Bucks and Suns leading their series, the SuperBook at Westgate Las Vegas posted an early series price on a potential Milwaukee-Phoenix matchup in the finals. The SuperBook opened the Bucks as a -150 favorite over the Suns.

A week later, with Antetokounmpo injured, the odds have flipped, with Phoenix now the favorite.

The early action was on the Suns at the SuperBook, which opened with Phoenix at -150.

Jeff Sherman, who oversees NBA odds for the SuperBook, said they took multiple limit bets on the Suns to win the series Saturday night, prompting him to move the price to -170.

Sherman is expecting Antetokounmpo to miss at least the start of the NBA Finals and believes how soon he returns will be dictated by the outcome of the early games.

“The Bucks would've been a favorite if there was no injury at all to Giannis,” Sherman told ESPN.

The Suns won both meetings against Milwaukee during the regular season, in a pair of tight one-point victories.