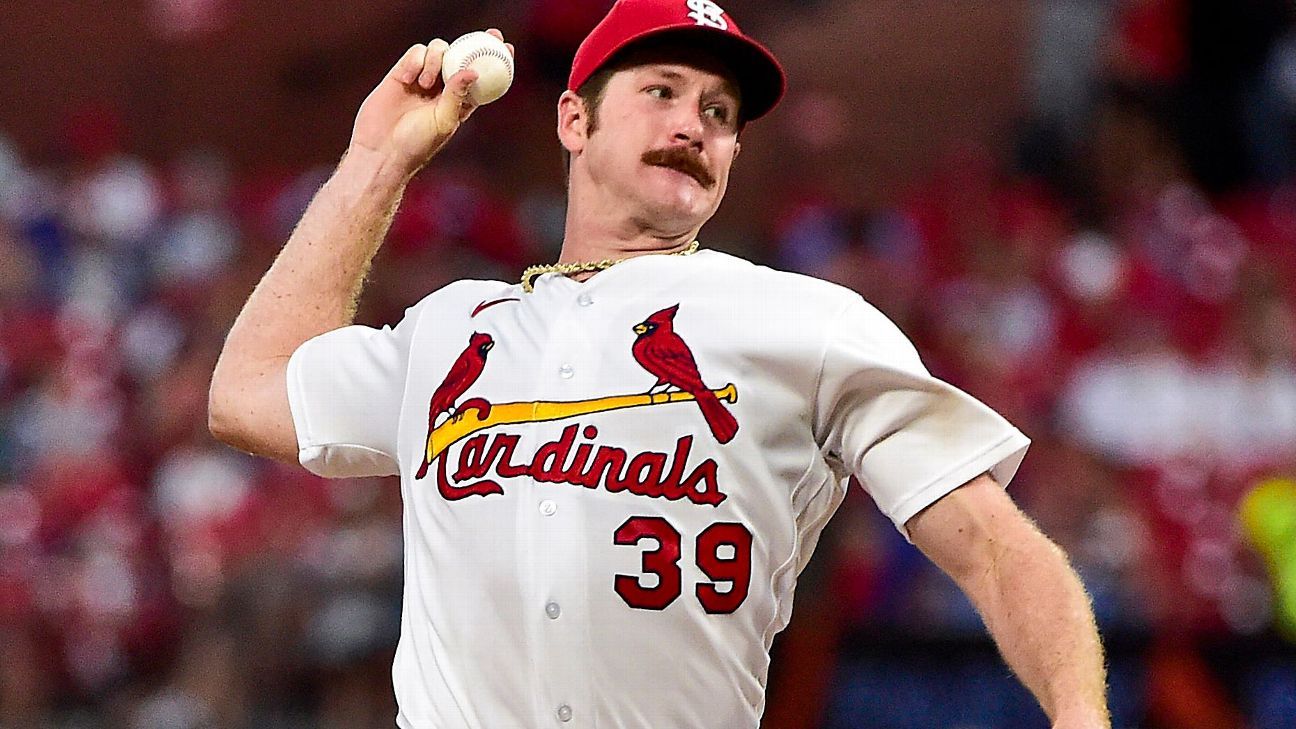 ST. LOUIS Miles Mikolas The St. Louis Cardinals A no-hitter against The was only narrowly missed Pittsburgh Pirates Tuesday night, the second game in a doubleheader.

Mikolas allowed a run unearned and one hit in St. Louis' 9-1 win, which completes the sweep for the home side.

Pittsburgh scored the run during the fourth inning. Bryan Reynolds You scored on Daniel Vogelbach‘s groundout. Reynolds led the first inning and reached second when Reynolds was caught in left field. Juan Yepez For an error, Reynolds mishandled a fly ball. Reynolds advanced to third on an error. Two outs in the ninth inning gave the Pirates the win.

Cardinals' second baseman Nolan Gorman To stop any possible hits, the fourth diver made a dive stop and the sixth made an off-balance throw from in the middle of the diamond to the sixth.

Mikolas had some help. He was helped by a catch in his 1-2-3 seventh. Harrison Bader At the middle-field fence Jack Suwinski‘s drive.

Mikolas' performance was almost the third no-hitter for the majors in this season. Tylor Megill Four New York Mets Reliefers teamed up to create one against Philadelphia on April 29. Los Angeles Angels For the rookie Reid Detmers One against Tampa Bay, May 10.

St. Louis won the opening of the doubleheader at night 3-1, giving the Pirates their eighth consecutive loss.