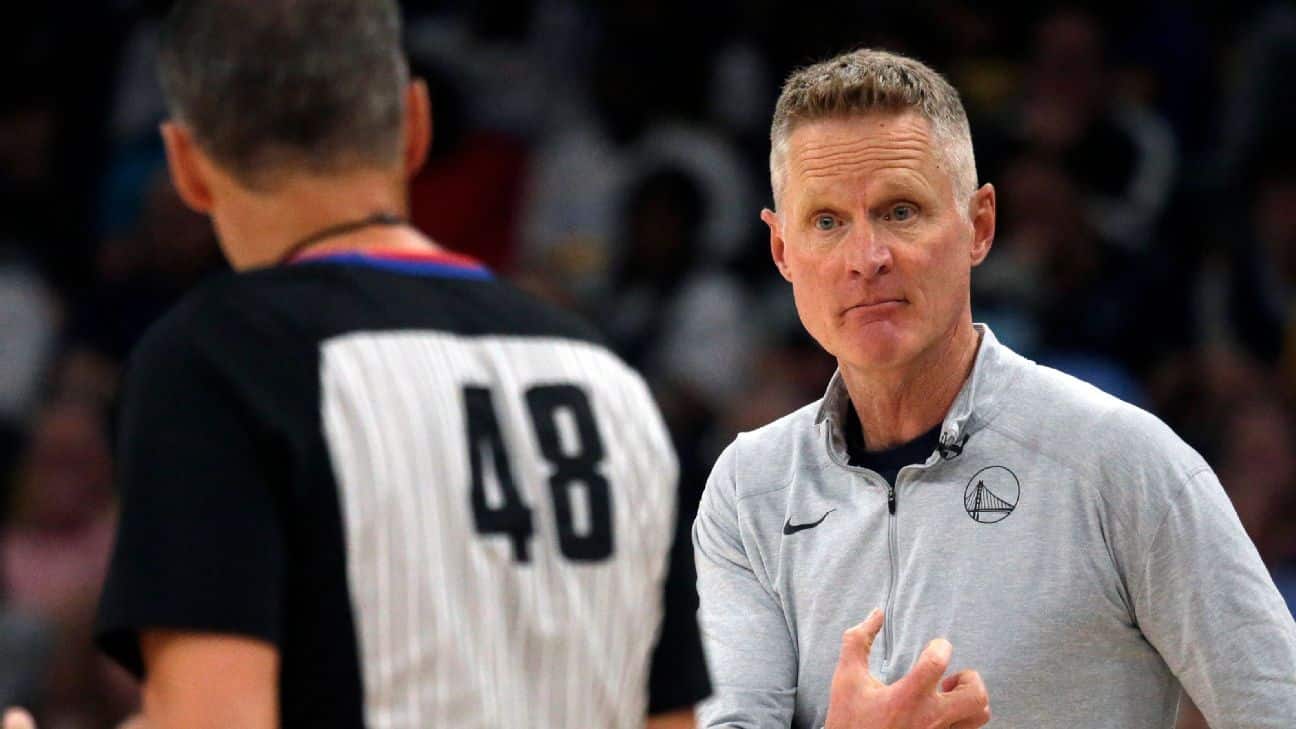 SAN FRANCISCO Golden State WarriorsSteve Kerr, the coach, has completed all safety and health protocols. As they prepare for the Western Conference Finals, he rejoined the team.

Kerr called Brown before he reached Chase Center to start Game 4, explaining to Brown that he was feeling unwell and that he may have to step in. Within 30 minutes, he had a positive test.

Kerr stated that he was experiencing minor symptoms prior to taking the test. Kerr was urged to take the test because of a few instances internally.

Kerr said, “I felt like if I passed it on to the group, I'll never forgive my self.”

“It was hard to sit down at home and just watch. But the symptoms weren’t terrible and it was just my turn. It seems that almost everyone on the coaching staff and team has experienced it in the past couple of years. It was my turn. It wasn't terrible, thankfully.

Kerr stated that his condition was mild and that he only had a slight cough and congestion.

Kerr was still in constant contact with his team throughout the day, including participating in all the coaches' meetings by phone, addressing his players via video conference and having numerous conversations with Brown throughout the day.

Brown stated that Kerr would have made any decision in his absence. However, Kerr had a clear message to Brown as he managed the team. He said “follow your gut.”

Kerr stated that Mike was “fantastic.” “The entire staff were great. Mike in particular was put in a difficult situation, especially considering he was just hired by Sacramento. Mike and the other staff had to deal with a lot. They were fantastic… Mike did an amazing job.”

Kerr joins the Warriors three days prior to Game 1 of Western Conference Finals. That's when they will discover who their opponent will be in the series. Dallas Mavericks Phoenix SunsSunday night, play Game 7.