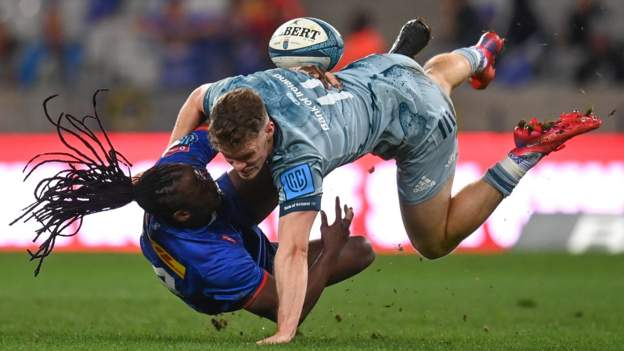 Leinster was top seed and qualified for the United Rugby Championship playoffs despite losing to Stormers 20-13.

The league leaders received a bonus points for the margin of defeat that enabled them to qualify for a home-play-off spot.

Stormers trailed by 6-3 at halftime in Cape Town, but they rallied through Warrick Gelant's and Seabelo Senatla's tries.

Ed Byrne claimed Leinster was the only team to score from close range to even the scores at 13-13. Stormers won with a penalty try.

Leinster will play second-placed Munster on 21 May. The Stormers, meanwhile, are well-placed to tie the game at home after being up to fourth.

After Ruhan Nel, Stormers' centre, crashed into the Leinster line in 40 seconds, the game almost began in spectacular style. However, obstruction in midfield saw the try disallowed after a TMO Review.

The remainder of the first period was chaotic. Manie's penalty to the Stormers was overturned by two penalties by Ciaran Frawley in just a few minutes.

The second half was quite different. Stormers took advantage of Leinster's drop to 14 men early on, when Hooker John McKee was sinbinned for collapsing in a scrum.

Gelant touched down in corner shortly after McKee's departure. Senatla was over the corner flag with an impressive effort that saw him flip over his head, touching the ball down under the pressure of Rob Russell from Leinster.

Prop Ed Byrne, however, helped the Irish side to level the playing field when he ran over from close range to a line out for a try that Harry Byrne converted.

Stormers won the last match when Leinster pulled down at a maul.

Leinster scrumhalf Cormac Foley was sinbinned, but with a crucial point theirs to take, they saw out the remaining minutes of the game without falling further behind.