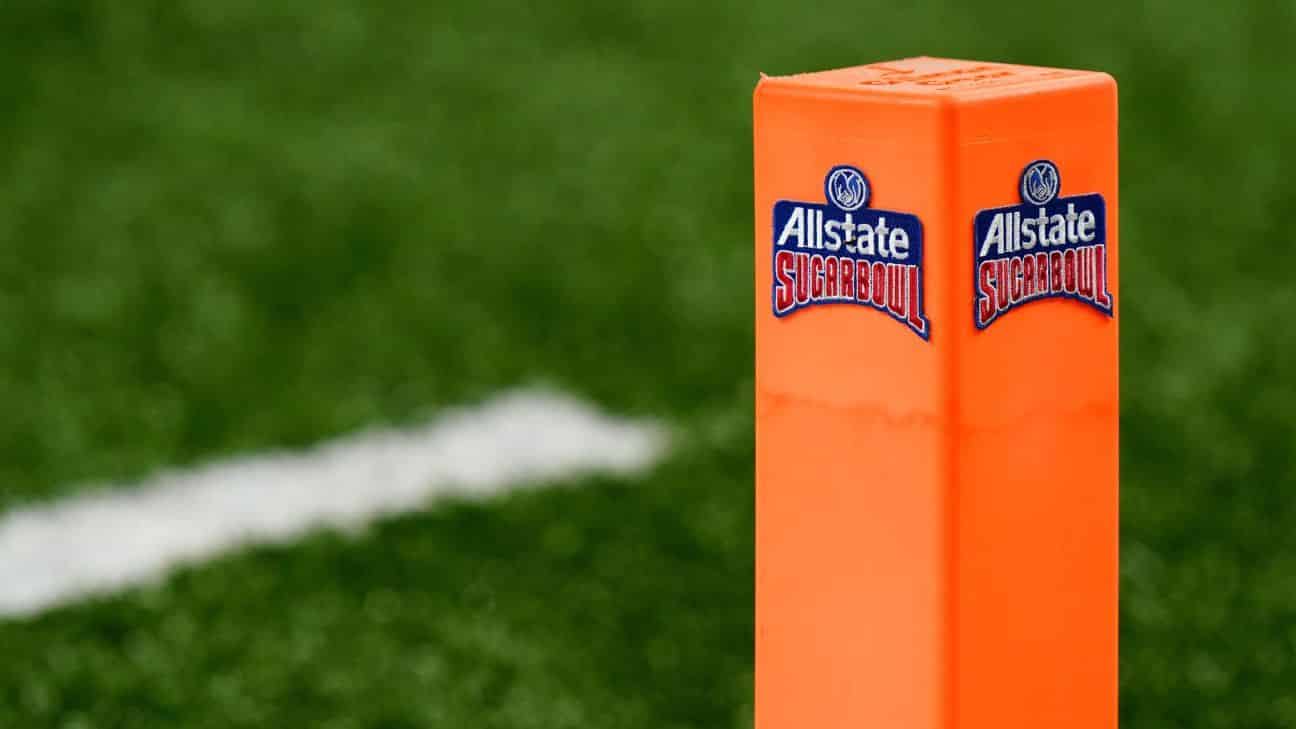 To avoid conflict with the Monday night NFL game, Sugar Bowl has been moved from its primetime slot to noon ET Dec. 31.

The bowl schedule Thursday was the official release date for the next season.

The games start on Dec. 16, with The Cure Bowl in Orlando and The Bahamas Bowl, and finish with College Football Playoff Championship on Jan. 9, at SoFi Stadium, Inglewood, California.

The CFP semifinals are scheduled for Dec. 31, at the Fiesta or Peach bowls.

Because Jan. 1, 2023 falls on Sunday, games played on New Year's Day have been moved to Jan. 2, the national holiday. To avoid conflicts with the NFL, college football moves to Monday.

ESPN discovered a conflict on that day. The NFL had already scheduled the final Monday regular season game that night. This forced ESPN to move the Sugar Bowl, New Orleans, onto the schedule.

The Rose Bowl will begin at 5 p.m. Eastern Standard Time on ESPN Jan. 2. It will precede the Buffalo Bills At Cincinnati Bengals game.

The Orange Bowl will be held on the night of December 30, while the Cotton Bowl will be played on January 2, at 1 p.m. ET kickoff scheduled.