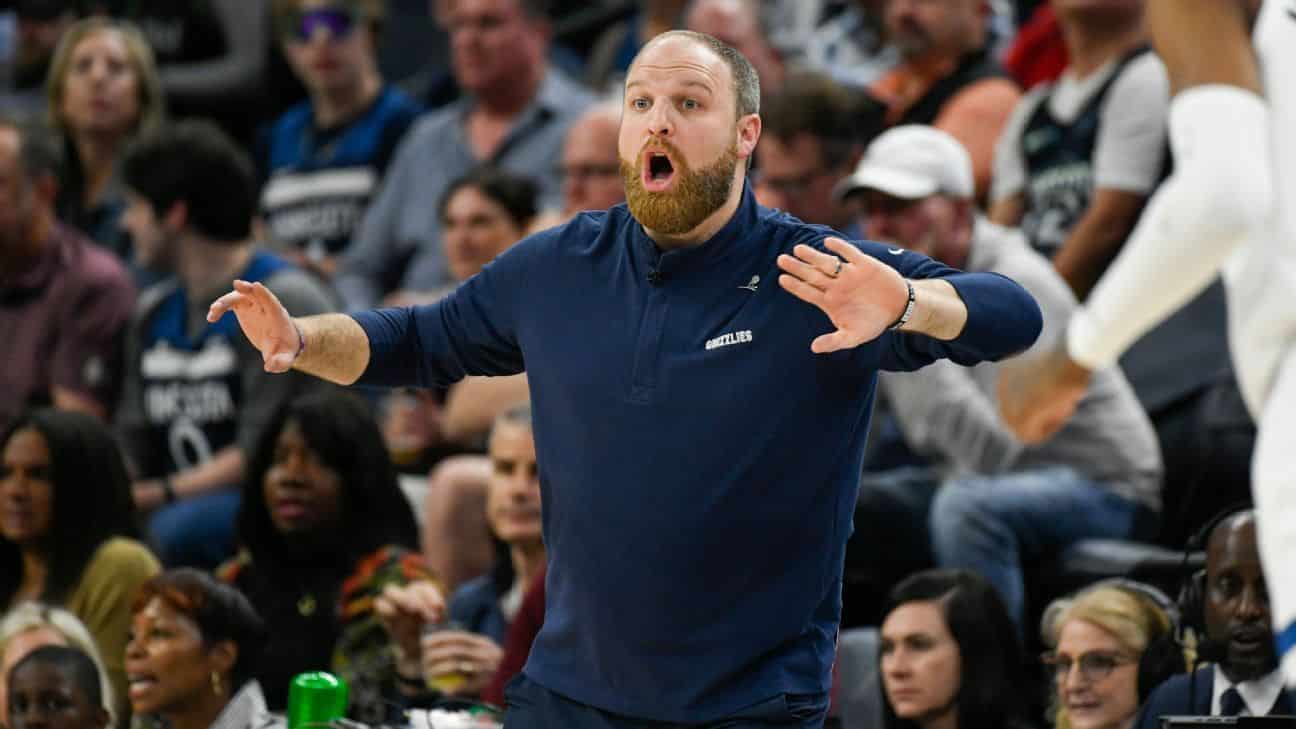 MINNEAPOLIS Memphis GrizzliesTaylor Jenkins, head coach, ripped Game officials following Saturday's 119 to118 loss by the Grizzlies in Game 4 of their first round series against the Minnesota Timberwolves.

“We need to play better, but my opinion is that we should.” [this was]Jenkins declared in his postgame news conference that it was “one of the most poorly officiated basketball games I've ever witnessed in my NBA career.” “All five of our starters were close to being fouled in the first quarter. Forty-eight free throws, a foul difference of ten plus. Yes, there are some things that we need to fix and improve on, but I have never seen an officiated match more inconsistent or arrogant.

“So, I'll take any hits that come my way. I gotta protect our guys. Although we know that we need to improve, it was clear from the beginning that there was inconsistency and foul foul foul foul. It was one play that a foul whistle was blown prior to contact being made. It's embarrassing.”

“I don't even want to discuss the officiating,” Grizzlies Forward Dillon Brooks said. “When I was growing-up, I was in the league for the first three seasons and I watched playoff basketball. There were very few calls. They let the players do their thing and let them figure it all out. It felt like they were just trying to run the show. They want their name on television, and all three of their names are there. It should be called out.”

After being tied at 2-2, the series was relegated to Memphis for Game 5. On Tuesday, foul trouble for key players caused the series to be halted. The teams attempted 33 free throws together in Game 2. Grizzlies' big man Jaren Jackson JrWhile he has been one of the most outstanding defenders for the team,. has committed only 14 field goals and has taken 20 personal fouls. On Saturday, he was fouled with just 4:29 left in the game.

Timberwolves center Karl-Anthony TownsHe also has struggled. He was also plagued by foul trouble and spent a lot of time on the sidelines in games 2 and 3. Both losses were to the Timberwolves.