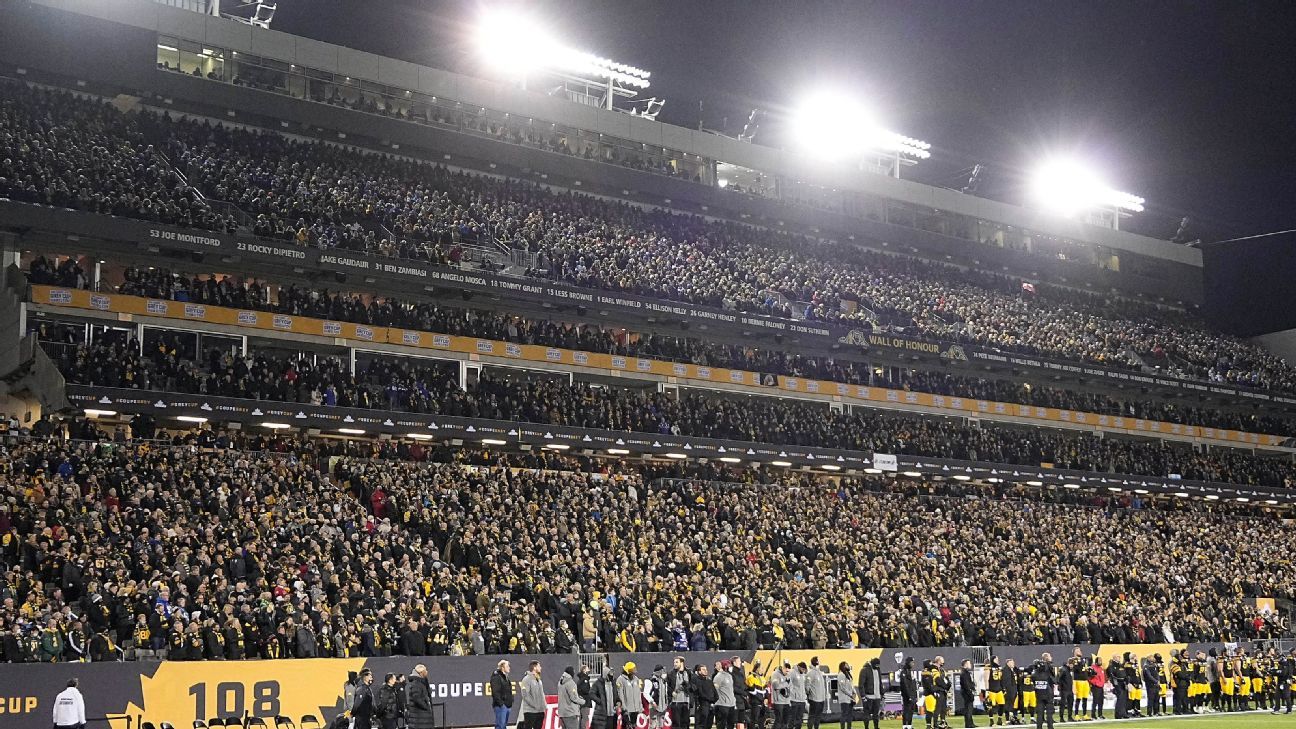 TORONTO — Sunday's cancellation of the opening practices by three Canadian Football League teams came a day after negotiations between the league and players union ended on a new collective bargaining arrangement.

Practices were cancelled by the Montreal Alouettes and Hamilton Tiger-Cats as well as the Toronto Argonauts. More teams are expected to follow their lead.

The CFL Players'Association directed players from seven of nine teams to join a work stoppage that will begin at 12:01 EDT Sunday. Calgary Stampeders players reported to their camps as they are not in a legal strike position according to Alberta laws until later in the month.

Jameer Thurman, Stampeders linebacker, stated that they shouldn't be out there right now. “The rest are on strike. We voted to strike, but Alberta laws are slightly different. So we must be here. However, we stand with the PA. We are hopeful that this can be resolved so we can return to playing football.

The only previous CFL strike occurred in 1974, and was settled before the start the season.