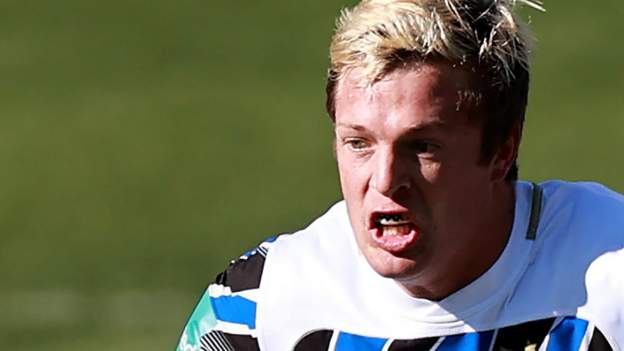 From next season, the Newcastle Falcons will sign Tian Schoeman, a fly-half from Bath, on a three year contract.

In preparation for the move, the South African 30-year-old is already on Tyneside, while he recovers from a leg injury sustained with the Blues, Blacks and Whites.

Once fit, the Falcons' halves will be enhanced by ex-Cheetahs Bulls and Bordeaux standoff Schoeman.

Schoeman stated, “I'll have my knee rehabbed and everything ready for pre-season.”

He reached out to former team-mates Philip van der Walt (left) and Louis Schreuder (right), about the move. Louis Schreuder is heading in the other direction. as he joins Bath2022-23

Schoeman stated, “They've spoken really highly of the Falcons,” Schoeman continued. “I am really looking forward playing here, and I have spent more than a decade at Bath so I'm slowly getting used to British weather.”

Dean Richards, Director of Rugby told the club website:“Tian is a high-quality player with the ability to attack and skill that we need in a flyhalf.

“He has maintained a consistent high standard over the years. Even though he was injured at Bath, he has worked tirelessly to ensure that he begins his time with us in good shape and with a clear bill of health.