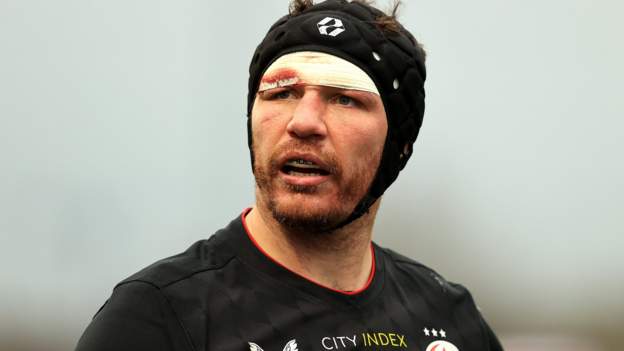 After defeating Leicester Tigers in the Saracens Premiership final, Tim Swinson, a former Scotland international, will retire from rugby union.

Maro Itoje started in the second line for the club. semi-final win over rivals Harlequins Saturday

He said, “Thank you to Saracens for welcoming, supporting, and challenging me to be better rugby player.” website.

“The memories made in these two years will be treasured for a lifetime.”

Swinson's professional career began at Newcastle Falcons, in 2007. He then moved to Glasgow after five seasons.

Then, he announced his intention of retiring in 2020. He moved to Saracens where he won the Championship his first season.

At Twickenham, Saracens will face Leicester at 15:00 BST Saturday. The winner of this season's Premiership championships will be announced.